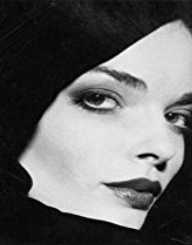 Bodil Joesen was born on September 25, 1944. She was a Danish pornographic actress.  She specialized in zoosexuality. She was an animal lover. She had a farm where she ran an animal husbandry business. She was an icon at her time, but she later faded and indulged herself int alcoholism.

Bodil Joesen was born on September 25, 1944, in Hundige, Denmark. She was born as an only child to a Christian mother and a military father. Her father was not in her life for most of her childhood. She was raised by her mother who was violent and abusive. She left home at the age of fifteen at a farm in a conservative area of Denmark. She later set up her breeding farm known as ‘Insemination Central.’

Bodil Joesen began her pornographic career at the age of seventeen when her business failed. She started by acting in light fetish. At the age of twenty-five years old she started acting in the bestiality subgenre. She starred from companies such as Color Climax Corporation. She also worked with pornographer Ole Ege. She collaborated with other actors in having sex with animals from different species.

She lived on the farm with her daughter and her partner, Knud P. Andersen. She helped finance her farm through allowing tourists have sex with her animals. Her life fell apart when she did not transition to acting on other movies that did not have pornographic content. Bodil Joesen later being an alcoholic and she became unable to take care of her animals. In 1981, she went to prison for thirty days for neglecting her animals as it was against the laws of Denmark. Her animals did not survive, and so she lost them. She later turned to street prostitution to support her partner and daughter.

In 1970, she won the Grand Prize of the Wet Dream Film Festival in Amsterdam.

Bodil Joesen never recovered from alcoholism. She exchanged sex with people to get alcohol and tranquilizers. She died on January 3, 1985, at the age of forty. Her cause of death is not certain; some people speculate she died of suicide but others liver cirrhosis.