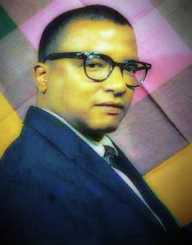 Billy Strayhorn is an American jazz artist who rose to fame from collaborating with fellow musical artist Duke Ellington. His career was cut short due to his death by esophageal cancer on May 31, 1967. He succumbed to the sickness in the early morning of the said date in the presence of his partner, Bill Grove in New York.

Billy Strayhorn was born as William Thomas "Billy" Strayhorn on November 29, 1915. He was born in Dayton, Ohio but he, along with his family, relocated to Pittsburgh, Pennsylvania. Strayhorn's father was a known alcoholic and to escape from his drunken abuse, his mother sent him to live with his maternal grandparents at Hillsborough, North Carolina.

He spent a considerable amount of his childhood in the care of his grandmother who nurtured the young Strayhorn with the beauty of music. He developed an interest in music by living with his grandmother who played hymns in the piano and later cited in an interview conducted in his mature years that his grandmother was his primary influence in music. During his elementary years, Strayhorn shared that he worked on a series of odd jobs to save money and buy his piano.

Upon his return at Pittsburgh, Billy Strayhorn enrolled at Westinghouse School where he began studying music formally, even enrolling at the Pittsburgh Music Institute where he studied classical music for a while. He began composing during high school and even partook in a local band of a trio who performed on the local radio station. He was also a member of the school's band and composed several song lyrics of which one of these turned out later to be the hit Lush Life which was entitled as Life is Lonely.

He entered the world of jazz music upon the introduction of the music produced by Art Tatum and Teddy Wilson at the age of 19 after his dream of entering the world of classical music was shot down due to his race. He later joined a local Pittsburgh band called Mad Hatters and wrote musical arrangements in 1934 for the dance band of Buddy Malone.

Billy Strayhorn first witnessed Ellington's performance back on Pittsburgh in 1933, but it was not until five years later in 1938 did the two formally meet. After a Pittsburgh performance, Strayhorn approached Ellington wherein he shared his musical arrangements for the bandleader's pieces which impressed Ellington and asked the band to hear him play. From there, Ellington arranged for a follow-up meeting with Strayhorn upon the band's return which gradually turned him into the band's arranger, composer, and pianist from time to time.

He was the man behind the band's successful hits such as Take the 'A' Train, Lush Life, Rain Check, and Chelsea Bridge to name a few. Although much of his skills were overshadowed by Ellington, Ellington made sure to give him the proper credits to his work until his untimely death in 1967.

Besides his collaborations with Duke Ellington's band, Billy Strayhorn also supported Dr. Martin Luther King Jr.'s cause wherein in 1963 he conducted and arranged for the Ellington Orchestra the piece King Fit the Battle of Alabama in dedication for King.