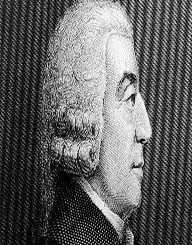 Born on November 15, 1670, Bernard Mandeville was an Anglo-Dutch political economist, philosopher and satirist. Best known for The Fable of the Bees, Bernard Mandeville spent most of his working life in England and published most his works in the English language. The Fable of the Bees was based on bees going about their usual routine and suggested that each pursue vices and virtues in order to be successful. Bernard Mandeville then juxtaposed it to the human society, concluding that just as virtues; vices are needed for a society to thrive. The book attracted both praise and critics.

After his education, Bernard Mandeville left for England to study the English language and started to practice medicine. He was very successful in his practise as with many thinking of was a native. The success in the field made him also pursue writing to add to his already satirist work. In 1711, he published A Treaties of the Hypochondriac and Hysteric Disease. Some of his poems within this period was The Grumbling Hive: Or Knave Turn’d Honest in 1705.

Bernard Mandeville married in England after arriving in the country in 1699. The couple had two children. He died on July 12, 1733, of influence at age 62.

Fable Of The Bees

Bernard Mandeville most remarkable yet controversial work was Fable of the Bees: or, Private Vices Public Benefits published in 1714. The book came out with its prose commentary, Remarks, and the essay An Enquiry into the Origin of Moral Virtue. Another edition that includesAn Essay on Charity and Charity-Schools, and A Search into the Nature of Society were released in 1723. The book created lots of controversies and was fiercely contested by the likes of William Law and Bishop Berkeley. Seen as containing immoral tendencies, it even became a subject of prosecution in 1729.  The essay, which accompanied the book criticised charity schools meant to educate the poor and imbibe virtues in them.

Bernard Mandeville was of the view that evil deeds did not only exist in the poor therefore educating them would not bring any change. He believed that even the educated and the wealthy were more devious. He also argued that educating the poor awakens their taste for materials things defeating the main purpose of instilling virtue in them. The second edition released in 1723, encountered several challenges and criticism.

It was Grand Jury of Middlesex presented it as a nuisance and attacked by writers including Archibald Campbell in his Aretologia in 1728, Berkeley in his second dialogue of Alciphron in 1732 and John Brown in Essay upon Shaftesbury's Characteristics, 1751. Some of his works include The Grumbling Hive, The Mischief, 1714, Free Thought on Religion, 1720 and A Modest Defence of Publick Stews, 1724 among several others.