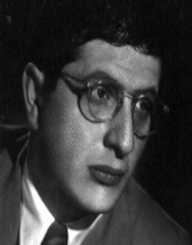 Bernard Herrmann was born in 1911 in New York, in a Russian Jewish family. He was born as Max Herman. First school Herrmann attended was a boy’s public school, which also focussed on music. His father played a significant role in encouraging Herrmann’s musical interests. His father took him to several musical events and motivated to learn how to play the violin.

At the age of 13, Herrmann won his first prize for composition; this set his mind to focus on music. He attended the New York University and later Juilliard School. When he was only 20 years old, he founded his orchestra, which was named the New Chamber Orchestra of New York.

For his music shows, Hermann chose music that was not widely popular but chose excellent music, which was created by less well-known composers and artists. Critics called his music choices a little unusual; nevertheless, Bernard Herrmann received several musical awards for his work. Meanwhile, he kept composing his music, which was played in the 1940s by such great maestros as Stokowski, Ormandy, Barbirolli, and Beecham.

Bernard Herrmann first met Orson Welles, while he was working at the Columbia Broadcasting System. He wrote the music for Orson Welles’s movie “The Devil and Daniel Webster” in 1941. For this, he received his Oscar. He then composed music for several other films of Orson Welles: The War of Worlds, Jane Eyre, Citizen Kane and many others.

Bernard Herrmann received his first Academy Award nomination in 1941 for the Best Score of a Dramatic Picture for the music he composed for the movie Citizen Kane.

Bernard Herrmann worked a lot together with Alfred Hitchcock. He composed music for many well-known films of his in the period from 1955 to 1964.

The most popular Herrmann’s music for an Alfred Hitchcock movie is from the film “Psycho” and “Vertigo.” Their collaboration was extremely successful until they had to work together on the movie “Torn Curtain.” They disagreed with a score for the movie, and afterward never worked together again.

When Bernard Herrmann began working at Columbia Broadcasting System in 1934, he met Lucille Fletcher. She was a young secretary there, and an aspiring writer. They started five years long relationship. They wanted to get married. Unfortunately, that was not happening because Lucille’s parents had objections to Herrmann’s religious views. They did get married later, in 1939. Together they had two children, both girls, born in 1941 and 1945. The marriage lasted until 1948 when the couple divorced.

In the following year after the divorce, in 1949, Bernard Herrmann married again. This time he married Lucille’s cousin Kathy, and they lived together for sixteen years. They split up in 1964.

Bernard Herrmann continued writing scores for movies intensively. Most of his time he was in England. In 1967 he re-married again. This time he married a younger woman Norma Shepherd, who was a journalist. They settled in London in 1971.

The last score Bernard Herrmann composed before his death was for “Taxi Driver” in 1976. After finishing this work, he went to a meeting for the next assignment. Unfortunately, he died in his sleep after the meeting happened. Bernard Herrmann died from cardiovascular disease in 1975.