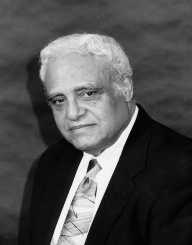 African-American civil rights activist and lawyer Benjamin Hooks was born on the 31 January 1925 in Memphis, Tennessee. His parents were Bessie White and Robert Hooks, and he was one of seven children born to the couple. He enlisted in the US Army (1944-1945).

Benjamin Lawson Hooks was a student at LeMoyne-Owen College in Memphis, Tennesee (1941-1943) and graduated from Howard University (1944). After his army service, he enrolled at the DePaul University, Chicago to study law, graduating JD in 1948.

After graduating from DePaul University, Benjamin Hooks returned to Memphis, Tennessee where he practiced law (1949-1965). In 1956, he became a Baptist minister and joined the Southern Christian Leadership Conference (SCLC) headed by Dr. Martin Luther King (1957).In the early 1960s, Hooks became a member of the National Association for the Advancement of Colored People (NAACP).

By this time, he was politically active and assisted in organizing sit-ins around the Memphis area. Later in the decade, he became pastor at the Great Middle Baptist Church, Memphis and at Greater Mount Moriah Baptist Church, Detroit.

Tennessee Governor, Frank G. Clement, appointed Benjamin Hooks as a judge on the state’s criminal court in 1965. Hooks became the first African-American to hold a judicial appointment in Tennessee’s history. In 1972, President Richard Nixon nominated Hooks to be a member of the Federal Communications Commission (FCC), the first African-American to sit on the FCC (1972-1977). Hooks’ next position was Executive Director of the NAACP (1977-1992).

After resigning as the Executive Director of the NAACP, Benjamin Hooks returned to Memphis where he was an adjunct professor at the University of Memphis in the Political Science Department. He also served as pastor of Middle Baptist Church as well as president of the National Civil Rights Museum.

President George W Bush awarded Hooks the Presidential Medal of Freedom in 2007. Memphis University created the Benjamin L Hooks Institute for Social Change in 1996. In 1986, he was awarded the Spingarn Medal. Hooks received numerous other awards as well as over 25 honorary degrees.

Benjamin Hooks met schoolteacher Frances Dancy in 1949 and 1952; they got married. He died in Memphis, Tennessee on the 15 April 2010.