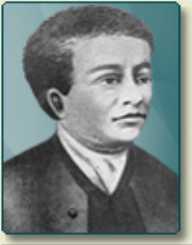 Benjamin Banneker was a multi-faceted person. He was an astronomer, compiler of almanacs, Civil Rights Activist, Scientist, self-leaner mathematician and a surveyor. This was tagged as an important approach for an African-American who lived in the American Revolution era. It also plays a crucial role when it came to the United States history. He is famously considered as the first African-American scientist.

We all love to see bright stars at night. But Benjamin competed with our sense of humor and saw the astronomical patterns. He used the models to make predictions and calculations. In all, Benjamin is best known for writing a famous almanac that included the infinite commentaries as well as deep tidal information.

On November 9, 1731, Benjamin Banneker was born in Baltimore, Ellicott’s Mills, in Maryland. His mother was called Mary Banneky while his father Robert was an ex-slave. Benjamin spent his childhood living with his great-grandmother where he joined a decent Quaker school for some time. It was a critical phase in his life since he learned to read and write. Even then, he used to self-teach himself hence achieving the best that he deserved.

After an extended period, Benjamin learned how to construct a wooden clock as well as designing irrigation systems. No man knew how to keep time and practiced punctuality as Banneker did. He preserved his wooden clock till his death. Apart from small contributions, Banneker learned various things in astronomy field. No, he didn’t go to a luxury school; he did in his effort.

It came to a point where Benjamin Banneker learned to forecast solar and lunar eclipse. After his father’s demise, he took his role and managed his farm as well developing his local tobacco businesses.


How did Benjamin Escape Slavery?

In the mid of 1600s Molly Mesh, an English servant girl was punished for stealing milk without the authorities consent. She was later sent to America where she served her punishment and then she purchased a medium-sized farm. She later sought for a couple of slaves with whom they obliged to work for her. After few years, she let go of the slaves and fell in love with one, Banneky. They were blessed with four children and one of their daughters; Mary got married to Robert. Mary gave birth to his firstborn son, Benjamin. Since his parents weren’t slaves, so was Benjamin Banneker.

Surveying, Astronomy and the Almanac

As Benjamin Banneker continued to self-learn, he began to focus his interest in the stars. He managed to calculate the motion of stars and accurately managed to predict an eclipse of the sun. At the end of the Revolutionary War, he started to use his learned skill as a professional surveyor. He landed a surveying job at Washington, D.C in the United States.

In the mid of 1972, Benjamin commenced with his publishing Almanac- a yearbook or calendar. The annual book summed up all detailed information such as weather predictions, essays, astronomical data, tide tables and many more.

From the beginning, Benjamin’s dream was to see that every race was equal no matter the previous dealings. He wanted the prominent accolades such as Thomas Jefferson to reconsider his statement. His almanac was a good example that showed how black men could accomplish more when not in slavery. With all his effort and zeal, Jefferson liked his initiative, but he didn’t put an end to slavery.

In his later years, Benjamin’s predictions caught one of his neighbor family’s attention. His neighborhood friend was called Ellicott. He loved everything that dealt with mathematics and astronomy. In the mid of 1979, Benjamin held the position of being the first African-American to chair the President’s Capital Commission.

Benjamin Banneker was later hired by Ellicott’s friend to survey the capital city. Benjamin loved to work at his improvised tent and used a pinnacle sector to record the motion of the stars. Unfortunately, he left his workstation after three months due to a sudden illness. His almanac was later published from 1792 to 1797 which included valuable details such as medical, literature and calculations.

Benjamin managed to pursue his scientific life all by himself. According to sources, he didn’t, have an open relationship until his death. After the end of almanac publication, Benjamin sold a secondary part of his farm to his neighborhood friend, Ellicott.

On October 9, 1806, Banneker died while asleep just after completing his daily routines. On October 11 in 1906 a major fire burnt down his house as well as everything that he owned. The cause of the fire was unknown. Several recreational facilities were named in his memory including streets, schools and postage stamp.