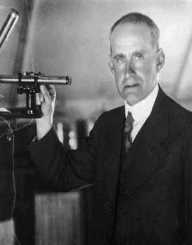 Arthur Eddington was a great scientist who gained fame as the very first person to investigate the internal structure, evolution, and the motion of the stars.

Even though Arthur Eddington was raised in a family with relatively less income as a result of his father’s death when he was still young, his determination saw him overcome all the obstacles to become one of the world’s greatest astronomers.

Arthur Stanley Eddington was born on 28th December 1882 in Kendal, Westmorland, England to Mr. Arthur Henry Eddington, a teacher by profession, and his wife, Sarah Ann Shout. He was the second and the last born and had an elder sister.

Arthur Eddington father passed on before he was two years old and his mother raised him.

After his father’s demise, his family moved to Weston-Super-Mare, and that is where he got his early education. Having been educated at home for some time, Arthur was enrolled in a preparatory school where he studied for three years.

In 1893, Arthur Eddington joined BrymelynSchool where he excelled in English literature and mathematics earning his distinction in mathematics. The school could, however, not take him to an advanced level.

In 1898, Eddington received a scholarship, being a bright student, to Owens College, Manchester (now the University of Manchester) at only 16 years of age.

Arthur Eddington studied physics and was highly influenced by, among others, J.W Graham, a Quaker mathematician.

In 1902, Arthur Eddington graduated from Owens College with a First Class Honours(B.sc, Physics) following which he was awarded another scholarship. In 1903, he entered Trinity College at the University of Cambridge.

Arthur Eddington graduated with a Master’s degree from the institution in 1905 after which he began a research project on thermionic emission in the Cavendish Laboratory. The research was, however, unsuccessful and Arthur progressed to a teaching job.

Arthur Eddington began his career as an engineering teacher (mainly teaching first-year students) before making a move to astronomy and worked at the Royal Observatory, Greenwich as Chief Assistant. Arthur Eddington was involved with a research project that had started in 1900 and involved analysis of parallax on photographic plates. Eddington became the plumbing professor of Astronomy in the same institution in 1913 after the demise of George Darwin who earlier occupied the position.

Arthur Eddington became the institution’s director in 1914 shortly after which he was elected a fellow of the Royal Society. Being from a quacker background, he avoided active war service during the First World War and continued his research in Cambridge.

Arthur Eddington contributed significantly to the theory of general relativity. In 1919, he led an eclipse expedition to Principle Island, West Africa to verify the blending of light that passes close to the sun as predicted by relativity theory. Arthur Eddington also worked on the internal structure of the stars after which he published The Internal Constitution of Stars in 1926. He wrote many other books includingThe Nature of Physical World (1928)

The Philosophy of Physical Science (1939) among others. Moreover, he gave several lectures, radio broadcasts, and interviews during the 1920s and 1930s, specifically on relativity. These lectures together with his books were immensely popular with the public for their simple explanations of tough concepts, and this made him one of Great Britain’s household names.

In 1907, Arthur Eddington won the Smith’s Prize for his work on the motion of two background stars. Arthur Eddington also received many other awards including Henry Draper Medal of the National Academy of Sciences (1924), Gold Medal of Royal Astronomical Society (1924), Royal Medal of the Royal Society (1928), and Hon. Freeman of Kendal (1930), Order of Merit (1938), among others.

But his most important legacy is the recognition he received after his death. Many institutions are named after him including Eddington Astronomical Society, Kendal. Also named after he is the Lunar Crater Eddington, Eddington House (an in-school students’ sports group) of Kirkbie Kendal school, Eddington Tower (residential halls at the University of Essex), Asteroid 2761 Eddington, among others.

Arthur Eddington, a reclusive person in his own life. He never married and had no children. His star sign was Capricorn.

After an unsuccessful surgical operation at the Evelyn Nursing Home, he died of cancer on 22nd November 1944 in Cambridge, England.

Arthur Eddington died at the age of 61. On 27th the same month, his body was cremated, and the remains were buried in the Ascension Parish Burial Ground, Cambridge, in his mother’s grave.