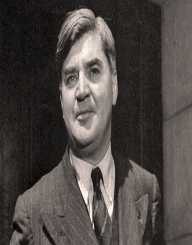 Also Known For : Former Secretary Of State For Health

Aneurin Bevan was a famous and revered Wales Labour politician who championed the right of workers, social justice, and democratic socialism. Born on November 15, 1897, he served for 31 years as the Member of Parliament for Ebbw Vale in South Wales before being appointed the Minister for Health during the post-war administration of Attlee from 1941 to 1951. It was during this period that he led in the establishment of the National Health Service aimed at providing Britons with free health care at the point of need.

He, however, resigned on principles when monies meant for the National Insurance funds were transferred by the government for other engagements. Also known as Nye Beven he served as one of the Labour Party’s left-wing chief spokesperson. Posthumously, Aneurin Bevan was voted number in the list of 100 Welsh Heroes in 2004 for his contribution to the welfare state. The left-wing of the Labour party known as Bevanite was named after him.

Aneurin Bevan was born on November 15, 1897, in Tredegar, Monmouthshire in the South Wales Valleys. He was born to David Bevan a coal miner and Phoebe nee Prothero a seamstress as one of their ten children. Bevan was not good academically and was at a time repeated for a year in school. With less motivation for studies, he left school at age 13 to work at a local Ty-Trist Colliery.

Aneurin Bevan shared a liberal ideology and was a supporter of the Liberal party had a change of ideology to socialism after reading Robert Blatchford’s in the Clarion. This made he joined the Independent Labour Party. At age 19, he became a trade union activist and headed the local miner's lodge after joining the Tredegar branch of the South Wales Miner Federation. With his activism and exuberance, his employer Tredegar Iron Company saw him as a troublesome as he also became a popular local speaker. With his posture, the manager of the colliery found reasons to lay him off by but with support from the Miners’ Federation he was re-employed by the company as his case was seen as victimization. His work in the mines paid off as he gained sponsorship from the South Wales Miners’ Federation to study at Central Labour College 1n 1919. For the next two years, he would be studying economics, politics, and history at the school.

Aneurin Bevan was a founding member of the Query Club in 1920 alongside his brother which was aimed at helping members in monetary terms in times of need. What they did was to collect monies among themselves to support a member who needed it each week. After his studies in 1921, he returned home without work as the Tredegar Iron & Coal Company refused to re-engage him. It was in 1924 that he found got a job at the Bedwellty Colliery which would close down in just ten months’ time. Aneurin Bevan found a job as a union paid official in 1926 with a £5 weekly wake and would become one of the leaders of the South Wales miners during the General Strike on May 3, 1926, against the mining companies. The strike lasted for about six months, and Bevan served as the distributor of food to the striking miners. In 1928, he became a member of the Cottage Hospital Management Committee and became the chairman from 1929 to 1930.

Aneurin Bevan was selected as the Labour Party’s parliamentary candidate for Ebbw Vale for the 1929 General Election after he had won a seat on the Monmouthshire County Council in 1928. He won the seat easily and made it to parliament. In parliament, he became a fierce critic of those who did not represent the interest of the working force including members of his party. With his posture in parliament, he gained great support from his constituents.

Aneurin Bevan and other members were briefly suspended from the Labour Party in March 1939 as he advocated for a united socialist front of all parties of the left. He was readmitted in November same year after he agreed to desist from involving himself in campaigns which opposed the declared policy of the Party. He had joined the board of the socialist newspaper, the Tribune in 1936. He was a strong critic of the arming policy the British government adopted during the rise of Hitler.

After an overwhelming victory for the Labour Party in the 1945 General Election, Aneurin Bevan was appointed Minister for Health also responsible for housing by Prime Minister Clement Attlee. His appointment came during the post-war housing shortage and the need for a radical change towards the National Health Service. His appointment came with great displeasure from political opponents and members of his partyand his National Health Service policy met great disapproval from the British Medical Association. Nonetheless, National Health Service Act 1946 came into being after several negotiations. The service money was paid through public financing with the increment of taxes for wealthy business owners.

As a housing minister, Aneurin Bevan also implemented a housing policy which gave people a choice to either live in owner occupation or private sector. Though there were challenges due to unskilled labor and lack of building material due to the war, he was able to complete 55,600 new homes in 1946; which increased to 139,600 in 1947 and then 227,600 in 1948.

On January 17, 1951, Aneurin Bevan was appointed Minister of Labour but would resign on April 23, 1951, in protest the introduction of prescription charges on dental care and spectacle. During his short stay in the ministry, he secured a pay increase for the railwaymen. In the general elections that year, the Labour Party lost power and went into opposition. In opposition, Aneurin Bevan became the leader of the left-wing of the LabourParty, which became known as the Bevanites. He was elected as Deputy Leader of the Labour Party in 1959.

In 1934, Aneurin Bevan married Socialist MP, Jennie Lee. He died on July 6, 1960, at age 62 in his Asheridge Farm home in Chesham, Buckinghamshire a year after being diagnosed with stomach cancer. He was cremated at Gwent Crematorium, Croesyceiliog. He published the book In Place of Fear in 1952, which became the most read socialist book at the time.