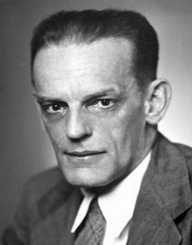 Andre Michel Lwoff was well-known for his significant contributions in the field of biology. He made considerable research on genetic control of enzyme and synthesis of virus along with two other French biologists Francois Jacob and Jacques Monod. This study led to his award of the Nobel Prize in Medicine in 1965. With the two, they contributed to the understanding of the lysogenic cycle of a bacteriophage. Later, he served as departmental head of Pater Institute of France where he made significant research findings on Poliovirus, Microbiota, and bacteriophages.

Other honors received include the Leeuwenhoek Medal of 1960 received from the Royal Netherlands Academy of Arts. Also, the Sciences and Grand Prix Charles-Leopold Mayer of 1964 obtained from Academie des Sciences.

Andre Michel Lwoff was born on May 8, 1902, to parents Solomon Lwoff and Marie Siminovitch. His mother Marie was an artist while his father Solomon was a psychiatrist.He studied at the University of Paris whereby he graduated with a degree in Science after which he joined Pasteur Institute of France at the age of 19.

Upon his enrollment, he met a French biologist Eduoard Chatton who became his mentor. Eduard helped him join the Laboratory of Felix Mensil in the Pasteur Institute whereby he researched about the parasitic ciliates. He also examined on their development cycle, nutrition of protozoan and studied morphogenesis.

Throughout his entire career, Andre Lwoff partnered with his wife Marguerite Lwoff who was a French Microbiologist and virologist. By and large, his wife’s contributions did not receive much recognition like his. She was well known for her investigations on metabolism, Apostomatida and her research on a group of protozoans known as ciliates.As a couple, they were given a laboratory in the Pasteur Institute where they investigated on Haemophilus metabolism, and later on, they discovered the function of co-zymase.

Andre Michel Lwoff received his Ph.D. in 1932. With the help of a grant received from the Rockefeller Foundation, he moved to the Kaiser Wilhelm Institute for Medical Research in South West Germany. At his new station, he researched many subjects including the development of flagellates and the particularity of proto haematin. He made this discovery alongside a German Physician and biochemist Otto Meyerhof.

In 1937 he was awarded another Rockefeller grant which enabled him to go to the University of Cambridge with his wife where he spent seven months in the lab of David Kellin.A year later he was appointed the departmental head of the Institute Pasteur. It was at this institute that contributed to his groundbreaking research on bacteriophages, microbiota, and poliovirus.

While investigating the bacteriophages, Andre Michel Lwoff discovered that lysogenic bacteria do not secrete these isolated bacteria. Notably, he observed that the generation of the bacteriophages, caused by external factors, leads to the fatality of the bacterium.He further conducted his research on Poliovirus in 1945 whereby he examined how temperature sensitivity of viral development corresponds with neurovirulence, viral infection and the mechanics of particular constraints of viral growth.

His services during the Second World War led to his award of the Medal of the Resistance in 1964. Andre Michel Lwoff was made the commander of the Legion d’Honneur in 1966.In 1968 he retired from the Pasteur Institute and served at Villejuif’s Cancer Research Institute as director until the year 1972.

Andre Michel Lwoff was awarded several prizes in 1960 from the French Academie des Sciences, Grand Prix Charles-Leopold Mayer and the Leeuwenhoek medal of the Royal Netherlands Academy of Arts and Sciences.In 1964 he was awarded the Kellin medal of the British Biochemical Society.

Alongside two other French biologists; Francois Jacob and Jaques Monod he was awarded the Nobel Prize in Medicine as result of his research findings on the mechanism of proviruses to infect bacteria in 1965.

Andre Michel Lwoff married Marguerite Bourdaleix a French microbiologist and virologist on December 5, 1925.As a couple, they partnered with the Pasteur Institute while working on parasitical ciliates and remained close associates to French Biologist Eduoard Chatton at the Roscoff Marine Biological station.Andre Lwoff was also a humanist who actively opposed capital punishment.