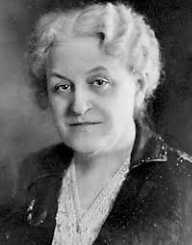 Alva Belmont was born on January 17, 1853. She was an American socialite. Alva was also a member of the women’s suffrage movement. She was renowned for her aristocratic trait of offending people. Alva died at the age of Eighty years.

Alva Belmont was born Alva Erskine Smith on January 17, 1853, in Mobile, Alabama. The United States. She was born to Murray Forbes Smith and Phoebe Ann Desha. She grew up alongside five siblings. In 1859, she alongside her family members moved to Madison Square, New York City.

She later moved with her mother to Paris, France. She after that joined Neuilly-sur-Seine for her studies. Alva then alongside her family went back to New York City.

In 1878, Alva Belmont worked alongside Richard Morris to fund and design Petit Chateau which was a French Renaissance style which they worked on until 1882. In 1883, she posed as a socialite by christening in the Fifth avenue Chateau.

She was later among the founders of the Metropolitan Opera. She was later introduced to woman suffrage by Anna Shaw. In 1909, she formed the Political Equality League which she used to garner votes for suffrage- supporting politicians.

Alva supported the strikes that were happening in New York State. She after that alongside Shaw organized a National American Women Suffrage Association rally in New York City’s Hippodrome.

In 1913, she started funding the Laura Clay’s Southern States Woman’s Suffrage Conference held in Kentucky. She later merged her own Political Equality League into the Congressional Union for Women Suffrage.

In 1914, Alva Belmont led the ‘Conference of Great women’ which was held in Marble House. She later became the Congressional Union for Women Suffrage’s Executive committee member until 1916. In 1915, she was the chairperson of the women voters’ convention held at the Panama Pacific International Exposition.

In 1875, Alva Belmont married William Kissam Vanderbilt with whom she had three children. In 1895, they divorced. Alva married Oliver Belmont in 1986. She stayed with him until his death. Alva died on January 26, 1933, of bronchial and heart ailments in Paris, France. She died at the age of Eighty years.