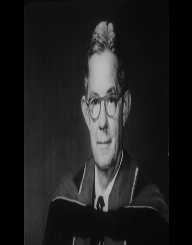 The medical field has systemically been improved over the years through several types of research and initiatives. Many scientists and doctors made the first bold steps towards many of the medical breakthroughs seen today. Alfred Blalock is one of such research. Born on April 5, 1899, Alfred Blalock was an American surgeon known for his research into shock and Tetralogy of Fallot known as the Blue baby syndrome. With his several years of research, he came out with the Blalock-Thomas-Taussing Shut together with surgical technician Vivien Thomas and Helen Taussig, a pediatric cardiologist. Using this procedure, Alfred Blalock was able to relieve the cyanosis from Tetralogy of Fallout, and this initiative paved the way for current cardiac surgery procedures.

Alfred Blalock won several awards, including Albert Lasker Clinical Medical Research Award and got nominations for the most revered Nobel Prize in Medicine. He spent most of his medical career Vanderbilt University and Johns Hopkins University both as a student and chief of surgery.

Alfred Blalock joined the Delta Chapter of the Sigma Chi fraternity and was good at golf and tennis too. At age 19 he graduated from Georgia University with an A.B in 1918. Alfred Blalock then enrolled at the John Hopkins University School of Medicine for his medical studies. It was there that he met Tinsley Harrison, a future cardiovascular practitioner. It was at Hopkins that he realized his potentials of being a surgeon. This was due to the fact that he did very well in surgical courses, but with others, his records were just normal.

Alfred Blalock was a member of the Alpha Omega Alpha. He graduated from the University with a medical degree at age 22. After graduating Alfred Blalock stayed in Baltimore for about three years with dreams of gaining appointment to the University’s surgical residency. His dreams could not be realized because of his average academic records. Being disappointed, Alfred Blalock took on an internship in urology and also did a year assistant residency and externship on general surgical service in ENT.

Having previously served part of his residency at ENT, Alfred Blalock joined the Vanderbilt University, Nashville in 1925 to complete it under Barney Brooks a professor of Surgery and Chief of the Surgical Service at the Vanderbilt University Hospital. There he met Tinsley Harrison, a former colleague at the Georgia University. Most of his time there was spent at the surgical research laboratory which was characterized by the research into the nature and treatment of hemorrhagic and traumatic shock.

Though some of his initial experiment failed but was able to identify that surgical shock resulted from the loss of blood by experimenting on dogs in 1938. With this discovery, he introduced blood plasma and sometimes whole blood to prevent the situation. This breakthrough was used in World War II to save most of the thelives on the battlefield.

Alfred Blalock and Thomascollaborationin the 1930s can be said as one of best in the world since it resulted in a medical breakthrough. Alfred Blalock needed extra hands in his research works due to his busy schedule and therefore settled on Vivien Thomas, who was an African American carpenter as a lab technician. Thomas took charge of experiments and data keeping during Blalock absence. Alfred Blalock was also a fast learner and was able to carry surgical procedures. Both carried out periodic experiments on shocks and also came out with a technique to adrenal transplantation and several other initiatives.

During was later in 1942 appointed as chief of surgery, professor, and director of the department of surgery of the medical school at the John Hopkins Hospital where he also requested the services of Vivien Thomas. The two were again able to come up with a technique to bypass coarctation of the aorta, which he later developed upon with Edward Park. That was when Helen Taussig confronted Blalock with the blue baby syndrome that resulted from a congenital heart defect known as Tetralogy of Fallout. His first surgery of this condition was in 1944 on a fifteen months baby Eileen Saxon using the shut procedure. The surgery was successful even though the child died some month later and since then the procedure was used on several others and preceded modern cardiac surgery.

Alfred Blalock performed about 1000 surgeries to correct congenital heart defects by the 1950s. Blalock also partnered a cardiac surgeon Rollins Hanlon to develop a technique for overcoming the transposition of the great blood vessels of the heart. At the latter part of his career at Hopkins, Alfred Blalock researched into the heart and vascular surgery, but that research was curtailed by his ill health at the time.

Alfred Blalock was married to Mary Chambers O’Bryan in 1930 and had three children, William Rice Blalock, Mary Elizabeth Blalock and Alfred Dandy Blalock. The couple met at Vanderbilt, where Blalock was practicing medicine and Mary working at the admission office. They lived together until Mary’s death in 1958. Despite his busy schedules due to his field of work, Alfred Blalock was a sports fanatic. He played tennis, golf and liked fishing and boating. He died in 1964 from metastatic urothelial carcinoma of the ureter.

Alfred Blalock also received honorary degrees from nine universities. As a practicing surgeon, he was a member of 43 medical societies in America and other countries examples which include the National Academy of Sciences and Royal Society of Medicine and American Philosophical Society.

Alfred Blalock with others like Robert Gross and Helen Taussig was awarded the Albert Lasker Clinical Medical Research Award "For distinguished contributions to cardiovascular surgery and knowledge."A facility The Alfred Blalock Clinical Sciences Building at Hopkins Hospital was in his honor and was awarded Baltimore "Man of the Year" award in 1948. His other awards include the Matas Award, Chevalier de la legion d’honneur, Henry Jacob Bigelow medal and Passano Award.

He was known as the ladies’ man during his student at the Hopkins University because he frequently visited the women’s school, Goucher College. The documentary Partners of the Heart was premiered in 2003 by PBC series American Experience which was about Blalock and Vivien Thomas working together at Vanderbilt and John Hopkins University. The documentary won the Best History Documentary at the Organization of American Historians' Erik Barnouw Award in 2004. The HBO film Something the Lord Made released in 2004 also depicted the collaboration between Blalock and Thomas.