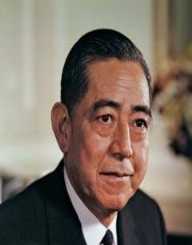 Alfonso Garcia Robles was a refined qualified lawyer in Brazil who served in high diplomatic posts. He was the Ambassador to Brazil, State Secretary in the Ministry of Foreign Affairs and United Nations representative to the committee on disarmament. As a diplomat, he played an essential role in the implementation of the Treaty of Tlatelolco signed in 1967. Consequently, he was awarded Nobel Peace Prize in 1982. Garcia is highly respected for his determination and tireless efforts towards global nuclear disarmament.

Alfonso Robles family members were merchants.He was born on March 20, 1911, and received his secondary education in Guadalajara.During his young age, he aspired to be a priest, but in later years he developed an interest in law and attended the National University in the city of Mexico where he obtained his Bachelor's law degree.In 1938, he attended the Academy of International law in Hague Netherlands whereby he received a diploma in International law.

After completing his studies in law, Alfonso Garcia Robles got an assignment with the Mexican Embassy for two years. After some time, he was appointed the Deputy Director of political affairs and Foreign Service in the year 1941.

In 1945, he was among the representatives of Mexican Delegation who participated in some International meetings. Alfonso was a participant in the San Francisco Conference which led to the formation of United Nations. In the late 1950s, Alfonso Garcia Robles was the Director General of the Mexican Ministry of Foreign Affairs whereby he took part in Law of Sea Conferences. Later, in 1946, he joined the United Nations Secretariat. In 1957, he was reinstated to the Ministry of Foreign Affairs and was appointed the director and the Chief of Affairs in Europe, Asia, Africa and International Agencies. In years 1962-1964 he served as the Ambassador to Brazil. In 1964-1970 he served as the state secretary to the ministry of Foreign Affairs whereby he played an essential role in launching and implementing the Tlatelolco Agreement.

This agreement was proposed by President of Mexico, Aldofo Lopez Mateos. Sure enough, the idea behind the proposal was to ban the use of nuclear weapons and to ensure that Latin America would not get involved in any rivalry with the Great Powers. Alfonso Garcia Robles played a significant role in negotiations of the agreement by working tirelessly and using his diplomatic skills to bring about the signing of the Treaty of Tlatelolco. His tireless efforts and dedication resulted in a Nobel Peace Prize in 1982, which he shared with Alva Myrdal from Sweden.

Alfonso Garcia Robles also played a crucial role in United Nations work to promote disarmament and represented his country in Geneva Negotiations. In 1978 Garcia took part in the first United Nations disarmament session whereby he coordinated various views and proposals into a joint document known as “Final Document.” That was successfully adopted in that meeting.

The second United Nations special session took place in 1982 whereby Garcia received considerable support for his world disarmament campaign. He also authored different texts on diplomatic and geopolitical issues. For instance, in 1938 he authored ‘The Pan-Americanism and the policy of good-Neighborliness.’ In 1949 he authored two volumes of the ‘Atlantic Charter Conference in San Francisco.’

At a later date in 1967, Alfonso Garcia Robles authored two texts ‘The Denuclearization of Latin America’ and ‘El Tratado de Tlatelolco,’ and finally, in the year 1979 he authored ‘The General Assembly on disarmament.’

Alfonso Garcia Robles received a Nobel Peace Prize in 1982 jointly with Alva Myrdal for his tireless efforts that resulted in the signing of the Treaty of Tlatelolco.

In 1950, Alfonso Garcia Robles married a Peruvian lady Juana Maria Szyszlo an official of the United Nations. The couple had two children.

Alfonso Garcia Robles died on September 2, 1991. He lived for 80 years, and his death was as a result of Kidney failure.