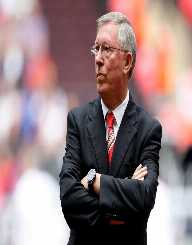 Sir Alex Ferguson is one of the prominent personals that made an incredible success in the Sports industry. He is a retired football manager who served for the Manchester United Football Club for more than 20 years. To be precise, he dedicated his whole life to the team for three decades. His work was admired globally for making Manchester United Club to win over 50 trophies. Even if he is a former football manager, Alex will always be regarded as the most successful director of all times. Alex also took a chance to work for a long-term, unlike other coaches. Even then, he didn’t find himself managing the most famous football team without drawbacks. In fact, his past life turned him into an electrifying football coach. I bet some of you have seen his live scenes: he is a no-nonsense man. Let me not even talk about his periodic exclamations.

On December 31, 1941, Alexander Chapman Ferguson was born in Glasgow, Govan, Scotland to Elizabeth and Alexander Sr.He was lucky to have grown up in a well-to-do neighborhood. He enrolled at Broomloan Road Primary School as well as Govan High School. He showed no mercy for intelligence but had slight attention when it came to studies. His powerhouse mind directed him to the football field and nothing else. He loved to show his brother, Martin different football moves, and styles. Little did he know that he will once come to follow his father’s footsteps. Alexander Sr. stood by his thirst, and he assuredly quenched him to the core.

At 16 years old, Alex landed his first role at Queens Park Rangers club. He played wholeheartedly hence making him achieve the unachievable. Right from the start, he scored solitary goals that made him an acclaimed winner at the end of the day. In the mid of 1960, he joined St. Johnstone club where he continued to showcase his promising talent as a striker.

In 1964 Alex’s professional career spat his fame when he joined Dunfermline Athletic. Here he was given ample time to practice which brought fruitful results. From 1965 to 1966 Alex managed to score over 31 goals. He also showed a mid-section of being a future manager, all thanks to his vast knowledge and skills. He followed all instructions to the end; probably that’s why he was called as a mastermind.

At his middle age, Alex cemented his managerial title at St Stirlingshire in 1974.After several months of wins and defeats; he joined St. Mirren where he exhibited his leading skill. The team won the Scottish First Division in 1977.He was later fired due to contract infringement. He came to secure his reputation at Aberdeen for holding a high ranked manager league. He strived more than anyone, and his sweat was seen when he took the Celtic-Rangers championship by storm. He managed to lead the team with four Scottish Cups, three Premier League titles, and eight season European Cup winners.

In the mid of 1986, Alex Ferguson landed his sole job. He became the Manchester United club manager. Before then the team passed through rough ordeals, but his presence defined his comeback. Within no time, the Reds rejoined as a team, and they won their highly notified FA Cup. They followed it up with European Cup in 1991 and the League Cup in 1992.They were named as Premier League Champions in 1993.

Alex fame cemented from a 98-99s season where he won the first Premier League Champion. In fact, he became the first British manager to receive the treble and other accolades. He won the Manager of the Decade award in 2003.Not to mention he was later recognized by the FA Premier League. From 2007 to 2009 Alex lead his team to three Premier League Titles with an escort of FIFA Club World Cup in 2008.For two years the Reds received back-to-back League Cups. He made a recording as the longest-serving manager in U.S history. He ended his season by giving the Reds a 19 Premier League champions title.

In 1966 Alex married the love of his life, Cathy Holding. The couple was blessed with three sons: Darren, Jason, and Mark. Darren followed his father’s footsteps by managing a soccer team. He is also a devoted supporter of Labour Party. He also works as a UK Ambassador for UNICEF. He earned a pseudonym ‘Furious Fergie’ due to his mood swings.