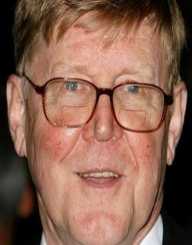 Alan Bennett is regarded as one of the best playwright, screenwriter, author and actor in the history of British cinema. Some of his best works include works like ‘The Madness of George III’ which was written in the year 1991 and ‘The History Boys’ was written in the year 2004. These works were so liked by the people that they were later made into movies as well.

Alan Barrett enjoyed great success through his career which started in the year 1968 with his first play by the name of ‘Forty Years,’ and from then, his career has never looked back. Barrett’s career involved numerous writings for not only plays but for various television serials and various pieces for radio as well.

Alan Barrett was born on 9th of May in the year 1934 in Armley situated in Leeds. He was born to Walter who was the co-op butcher and Lilian Mary. He got his formal education from Christ Church, Upper Armley, Church of England School. After his early education, he led to Leeds Modern School which is now known by the name of Lawnswood School.

His interest in reading also led him to learn the Russian language while being at the Joint Services School for Linguistics during his national service before applying for a scholarship at Oxford University. His application was duly accepted by the Exeter College, Oxford from where he graduated in the first degree in history.

Alan Bennett spent many years of his life at the university studying and teaching the subject of Medieval History before he ultimately quit the job. He thought that he was not suited for the job and nor as an academician.

His interest in the plays grew when he became a part of the many comedy plays at the Oxford Revue where he not only authored but also starred in many of these plays with some of the famous actors.

Alan Bennett’s career began when he started performing along with some of the fellow actors like Peter Cook, Jonathan Miller, and Dudley Moore. All of them began to perform for the packed crowds at the Edinburg Festival in the play by the name of ‘Beyond the Fringe’ which provided a satirical revue. This play pushed them through some instant success. The performances for the four of them continued throughout the world.

Alan Bennett’s first play came in the year 1968 by the name of ‘Forty Years On’ starring John Gielgud. The success in this play was followed by numerous plays, films and many television series as well which included some pieces for radio as well.  He also did series by the name of ‘Talking heads’ in the year 1987 which was a series of monologues which pushed him to a name which was renowned in every household and also led him to his first Laurence Oliver Awards.

His various performances like ‘Madness of George III’ in the year 1991 and his film ‘Adaptation' in the year 1994, secured him numerous Academy awards nominations which included one for Bennett’s screenplay as well.

One of the unique talents which Alan Bennett had that differentiated him from the rest was the ability to translate the intellectual dialogues used by some legends into something which ordinary people can understand and could portray the ideology to them. Alan used this talent to even convert the Mundane into a tragicomic drama employing his sweet little characteristics to the translation.

Some of his brilliant works included ‘The History Boys’ where he depicted the clash of values between 2 teachers who are coaching a class of state school boys through their university entrance examinations. It garnered both by Critics circle awards and Laurence Olivier Award for the best new play.

His career involved publication of various books, novels, and short stories as well. He even wrote a bestselling novel collection by the name of ‘Writing Home’ which appeared in the year 1994 and was a sort of memoir which revealed the untold stories of the memories affectionately remembering his parents. This novel also revealed many other memories which were primarily related to his mother.