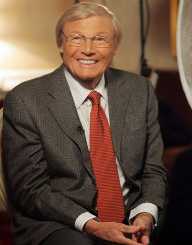 Adam West is most familiar for his role as the superhero Batman in the 1960s television series.  Despite being typecast, Adam West has continued to be a familiar actor in drama and comedy.

When Adam West was a teenager, his parents divorced. Adam West and his mother moved with his younger brother to Seattle where Adam West finished high school.

West graduated from Lakeside High School in Seattle.  Adam West attended Whitman College where he was active in debate and athletics.  He participated in swim, track, ski, and water polo.

Adam West graduated in 1951 with a degree in English literature.  Adam West attended Stanford for his post-graduate work.

West was in the U.S. Army for a while.  Adam West was a radio DJ as well.  However, his rise to stardom started when Adam West was noticed while living in Hawaii.  Not only was Adam West the presenter in the El Kini Popo Show, but Adam West was also a tour guide.

It was there that he impressed a Hollywood producer who was on the island for a vacation.  The producer convinced West to go to Hollywood.  West signed his first contract with Warner Brothers Studios.

West took his mother's maiden name for his stage name Adam West.  It wasn't until 1959 when he landed his first film, The Young Philadelphians.  Adam West continued to work in film as well as television. Adam West had a recurring role in The Detectives and played the straight man alongside the Three Stooges in 1965 movie The Outlaws is Coming.

Adam West's wit and ability to deliver a satire piece made him the perfect fit for the most defining role of his career.  Adam West starred as the caped crusader Batman for the 1960s television series. From 1966-1968, Adam West portrayed the role for three seasons before it canceled.  After the first season, Adam West also starred in the full-length film based on the television show.

After Batman was canceled, West had plenty of work.  Adam West was frustrated when the audience typically had him typecast as Batman.  Adam West made guest appearances and lent his voice to animated roles, but Adam West did not get much beyond supporting roles for many years. It was the resurgence of the Batman franchise when he returned to work again with the Cape Crusader.  Even though Michael Keaton played the role of Batman, West still had a role in the films.

Adam West also continued his work as a voice actor.  Adam West gained recurring roles in animated series such as Mayor in Family Guy, Catman in Fairy Odd Parents, and the young version of Mermaid Man in Spongebob Squarepants. Adam West also made guest appearances in shows such as 30 Rock and Big Bang Theory.  In 2016, Adam West took on the role as Batman with fellow castmates Burt Ward and Julie Newmar in the animated movie Batman:  Return of the Caped Crusaders.

Adam West has donated his talents, artwork, and memorabilia to several charities.

In his later years, Adam West has been acting, lending his voice talents, and also focusing on his artwork.  He has exhibited many of his paintings and sketches from over the years.  In 2016, for example.  Adam West showed an exhibit titled “Criminals on Canvas” featuring the villains from his Batman television series.