If you were born between January 21st – February 17th then your sign in Celtic tree astrology is the ROWAN TREE.

Historically the Rowan tree was the keeper of the gateway to the spirit realms. It was aligned in ancient times with protection against evil. The red berries of the Rowan tree were thought to be the food of the gods and was guarded by the rowan tree animal, the mythical green dragon.

In ancient times a piece of the Rowan tree was placed over the door of one’s home to keep evil spirits out. Many people placed this tree around their home for protection and to scare away demons.

The rowan tree is also a symbol of success, personal power, and astral traveling.

Those born under the Celtic astrology sign of the Rowan tree are the thinkers of the Celtic zodiac. They can be very philosophical people with passionate ideals. They also have a sensitive side that seems to be very sympathetic to others.

They are considered visionaries with high principles. They can appear to have an aloof exterior and their point of view is often misunderstood due to most people not really understanding where they’re coming from.

They have an inner drive that gives them motivation to make their own lane through life. They have an organic ability to change people and circumstances around just by the energy of their presence.

Their thoughts are inventive, authentic, and creative. They are very influential in an understated way and people rely on them for their uncommon point of view.

The Ogham Word for Rowan tree people is Luis. 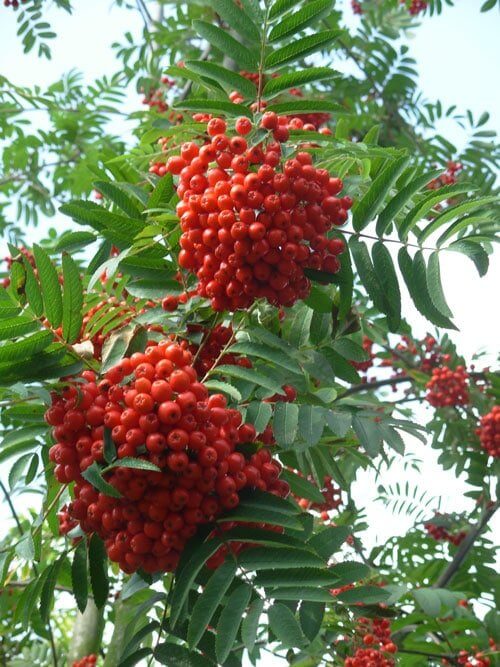 People born under the Rowan tree sign are powerful, incredibly influential, progressive and idealistic thinkers. They are very inventive with an interest in metaphysics, space, and science fiction.

They can amass a great deal of power and will help to lay the groundwork for social change and reform. They provide inspiration to those around them and have a strong humanitarian streak.

They make understanding bosses, but their preference is to not take on the responsibilities of other people. Their parenting style is supportive and they expect their children to grow into their own independence. They often have very successful marriages if they choose a partner that thinks the same way as them.

They have a unique sense of humor that leans a little toward the odd side, with an inclination to laugh at serious issues.

Rowan people are often musically gifted and can be drawn to unusual, out of the ordinary musicians, artists, and composers.

Rowan Druid sign people are predisposed to promise more than they can reasonably deliver. They can become discouraged and restless with the struggle towards a greater life understanding.

In relationships they can struggle with being romantic and affectionate. Most will usually marry later on in life because they do not take the commitment of marriage lightly and are hesitant to let go of their personal freedom.

They symbolic animals are the CRANE and the GREEN DRAGON which is symbolic for imagination and inspiration.

The ancient deity that rules the Rowan tree astrology sign is Brigid who is known as the Goddess of fertility. She offers protection to families and mothers.

Rowan tree people are compatible with Ivy and Hawthorne.

In Western Astrology the Rowan tree would correspond with the sign of Aquarius.
Must Read: