If you were born between September 30th and October 27th , then your sign in Celtic tree astrology is the IVY TREE.

Historically it was believed that the leaves of the Ivy represented a connection with nature. If you drank too much wine, wearing the Ivy leaves as a head piece would stop you from getting drunk.

People born under the Celtic tree Ivy sign are very giving. They are the people that are always willing to help those less fortunate and in need. They have great compassion for others and a sharp intellect.

They have an ability to withstand and go through many obstacles with grace and perseverance. The Ivy Druid sign is very connected spiritually and their faith often sees them through the tough times they often experience.

They can be on the shy side, but have a very social nature. They are charismatic and charming and can be quite a delight in social situations.

The Celtic Ogham word is Gort. 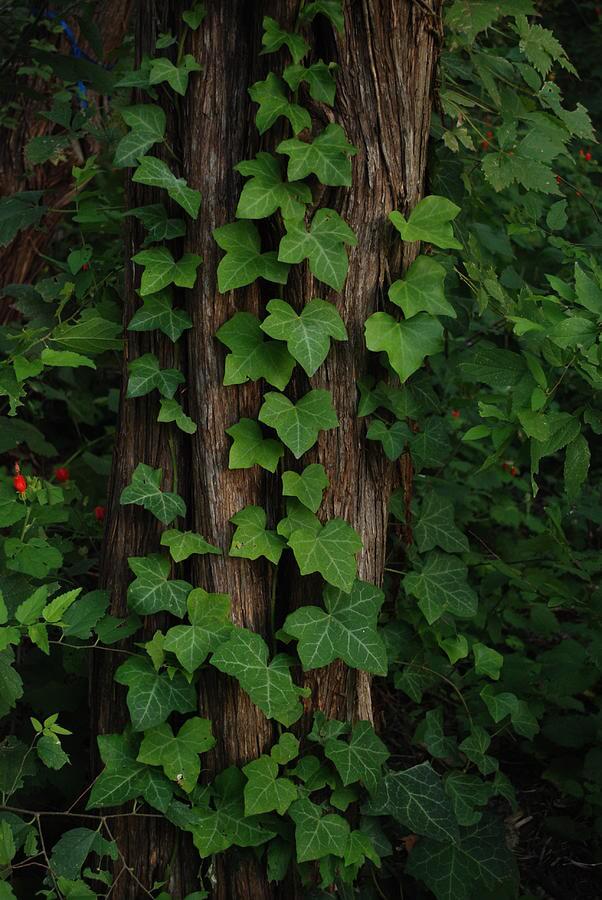 The Celtic astrology sign Ivy are seen as attractive and are good at communicating with others because of their good perception and reasoning skills. They are able to see all sides of a situation which makes them good in careers such as a judge or mediator. They can also be attracted to careers in social work or education.

Ivy people are determined to be successful in life. They can have intense passion and emotions about things they care deeply about. They are incredibly resourceful and resilient. They have tremendous willpower and a very deep character.

Although they can often be indecisive, Ivy tree astrology people are not weak and will tackle difficult projects with an infectious optimism. They are sociable, have a good sense of humor, and people are naturally drawn to be their friend. They dislike and try to not offend others.

They make great friends as long as their friends stay loyal to them. Although often unsure of their decisions, they know how to move past hardships in life and still be very encouraging to others.

Ivy people are fun and positive to be around. They are cheerful and have a magnetic personality that easily makes them the center of the party. They have strong powers of reasoning sprinkled with their gift of imagination and intuition.

Celtic zodiac sign Ivy people can be doubtful and hesitant of themselves. They dislike offending other people.

In personal relationships Ivy tree people can be jealous and obsessive. If they feel that someone has crossed them they can become very revengeful, spiteful and will hold a grudge for longer than most people.

Their strong aggressive nature can make them insensitive to the feelings of others. Sometimes they can come across as superficial and may shun people, giving them the impression they are secretive.

If their energy turns negative they can become manipulative, sarcastic and controlling, yet they dislike other people who are controlling towards them. They can sometimes be lazy and restless.

Ivy people need to watch out for their pride. At times their egos can make them appear difficult to understand because of their over confidence.

The animal associated with the Ivy tree is the Butterfly which symbolizes fairy faith.

The ruling Goddess for Ivy tree people is the fairy Guinever.

They are compatible with Oak and Ash signs.

In western astrology the Ivy tree would correspond with the zodiac signs of Libra and Scorpio.