Your Mayan Astrology Birth Chart is displayed as a beautiful work of art of the glyphs of Mayan culture.  The positions of each of the five glyphs that you see have significance of different parts of our lives. These glyphs predict our characteristics.

The civilization of the Mayan were very detailed in their approach to astronomy.  Without the known vehicles of spaceships or telescopes sent to outer space, they still knew of the planets in the sky and the orbits of the planets too.  There concept of time was very intricately researched and understood.

How is it that they could predict a lunar eclipse over one thousand years in advance?  It was because they had a very uncommon knowledge of the universe.

The Mayan calendar developed a system of astrology from their calendar that is called the Tzolk’in which has 20 different day signs and 13 different galactic numbers that adds up to a 260 day cycle for the calendar.  This is opposed to the 364 day calendar that most people are familiar with today.

So unlike western astrology were you have only 12 zodiac signs, the Mayan astrology gives 20 signs.  It becomes more unique also for each of those 20 signs to also have one out of 13 numbers on top of that. 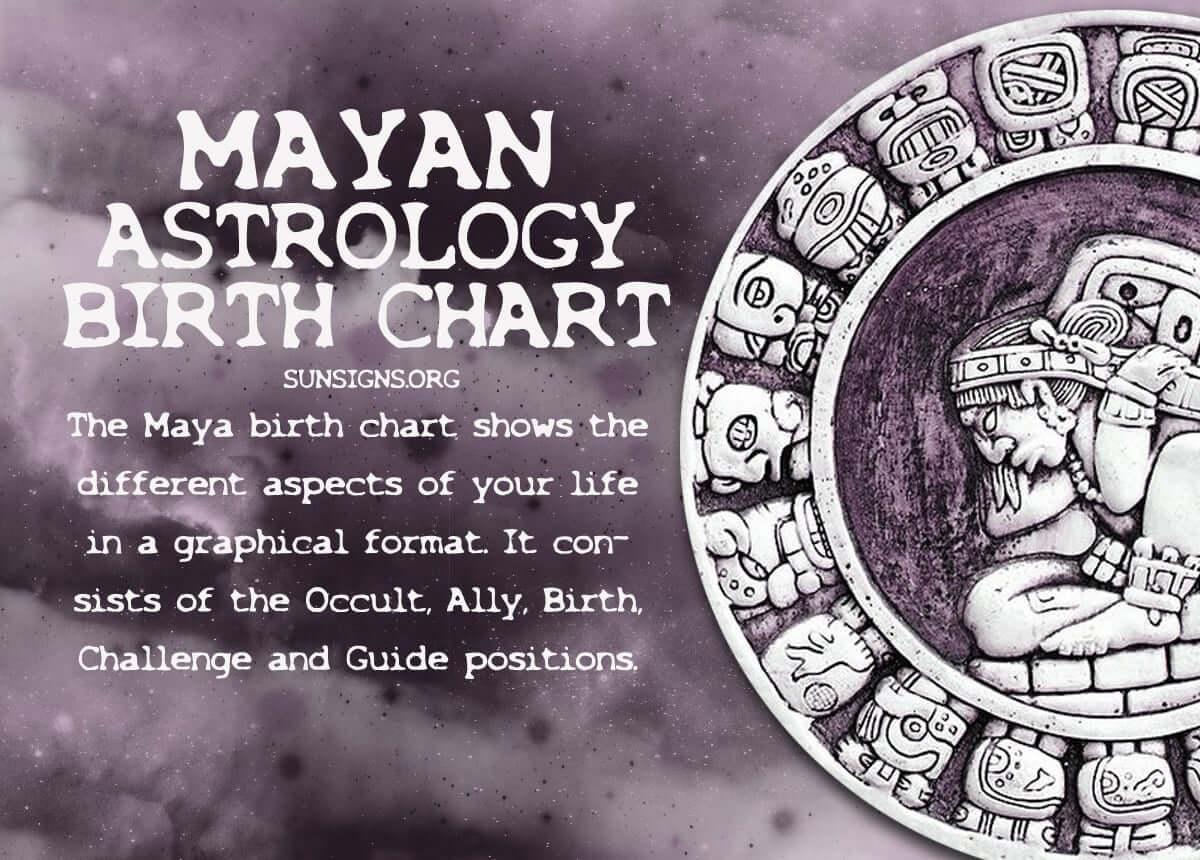 Your Mayan Birth chart has five different aspects to it.  The meanings of them are as follows:

The names of the different glyphs are:

A detailed description of each of your glyphs that appear in your chart will give you greater insight into who you actually are.