Alchemy is an ancient philosophically-based tradition. It was a fundamental basis to the formation of modern science and is still considered a protoscience today. Unlike other sciences, alchemy bases its practices on mythology, religion, magic, and spirituality. Animal alchemy symbols play an important role in society. Those who take part in its claim to complete at least one of the following tasks: create the philosopher’s stone, change base metals into gold and silver, and/or develop an elixir of life that promotes longevity and youth.

People have for a long time considered animals to be very symbolic totem creatures. Therefore considering them through the lens of alchemy is no different. People have considered many animals in this realm, each with its own characteristics and values. Below are some of the most common animal alchemy totems. The article also discusses some of the most widely accepted symbolisms associated with each.

Animal alchemy symbols guide how human life transforms both internally and externally if we interpret them well. Alchemy power is also one way of bringing out our inner power. Understanding the animal meanings is one step in gaining the courage to face life. Alchemy signs are filled with hidden (deeper) meanings. We can use them to define or understand the world of spirits. Whenever you find yourself in a dilemma, focusing your mind on symbols helps you to get answers.
Animals have always played an important role in any tradition, population, and culture.

The mighty phoenix is another quintessential of the animal alchemy symbols. It sacrifices itself to fire and death, rising out of the ashes reborn. Thus, the phoenix is the ultimate symbol of death and rebirth. In alchemy, people used the phoenix as an emblem, denoting the purifying and transforming of fire and sulfur. They also associated it with the color red.

The phoenix has different meanings in different cultures like Transformation, Renewal, and Longevity. History indicates that this bird originated from Ethiopia. People talk about this bird as brilliant and could live for about ninety thousand years. They used it in the roman empire to symbolize its continuation and put on coins to signify the Empire’s strength. Phoenix’s meaning resonates with resurrection because of its ability to die and coming back to life.

Foxes are one of the most notable animals that people associate with the spiritual aspects of alchemy. This is because they consider them as the cultivators of the Elixir of Life. Alchemists of the past also believed that the fox animal totem had the ability to transform itself into a human form. This would happen mostly at night so that they can visit the sick and elderly. In doing this, those people enabled foxes to provide them with their mysterious elixir to promote their health and prolong their lives. The fox is also a solar animal attached to the symbol of fire and all of its meanings.

Just as the old saying goes, “as clever as a fox,” this animal is very clever. They are good at hunting by camouflaging in their present environment. They approach things lightly in the world and get their work done without much struggle. Many historical writings portray the fox as a trickster. Nevertheless, the Celts believed in the fox’s wisdom and would never hesitate to follow its guide. 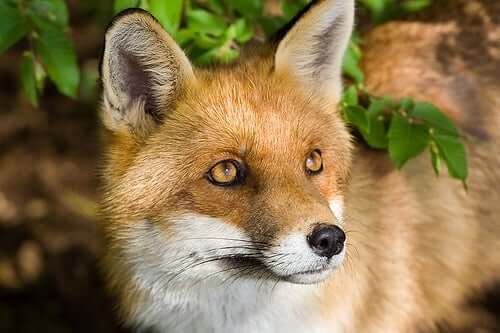 The ostrich also had a small, albeit important role in alchemy. Legend states that its stomach was capable of digesting anything at all. This prompted alchemists to name specific types of acids after them. These acids were used in the processes of transforming ordinary gold and silver into their grand philosophic counterparts.

Ostriches are not afraid. They are always quick at taking action. Ostrich’s symbol teaches us never to let anyone break our soul. We should have the courage to stand on our feet and fight for what we need. We should learn to listen to our instincts and inner voices. Just like this animal, we need to have a stand-in life while holding our heads up.

As an alchemical symbol, the magnificent ibis bird is an omen of the moon and all of its lunar functions. The functions include the pulling of the tides, the cycles of time, measurements, and movement. In the past, people placed a great amount of importance placed on the moon. This was to inspire and ensure successful transmutations. Like the moon’s personal totem, the ibis was featured on alchemical scripts. Thus, we see that it was a crucial symbol in this study and should not be overlooked.

In animal alchemy, the lion spirit guide is a highly valued traditional symbol. It is a solar creature that represents gold (the ultimate metal) and the sun. These characteristics are at the peak of individual ascension and enlightenment, making the lion a regal creature in this field. People saw Lions as the greatest protectors of the alchemical secrets. This was because of their strength, courage, and virility. Additionally, people considered them as the keepers of the underworld.

The lion is said to be active and works best during dawn and dusk hours. These times of the day are known to be magical and mystical. The lion symbolic meaning encourages us to be open to all opportunities and ideas while working. This is one way of giving creative and inspired output. Always know when you are most productive during the day. Then, utilize your best moment for your ultimate benefit.

The Uroboros, a circular serpent, was an animal symbol representing the cyclical nature of alchemic work. This serpent is depicted swallowing its own tail. That is representative of the eternal processes and cycles found in these practices. Like the phoenix, people considered this creature as a symbol of the concept of rebirth and regeneration. The concepts were important themes in alchemy and life. The Uroboros was alchemy’s most powerful symbol for the fundamental belief that “one is all” and “all is one.”

Another large and regal bird, the peacock, also held great value in animal alchemy. These majestic creatures were the symbols of great glory, immortality, and incorruptibility. They brought out some of the most admired and desired attributes for humans. Ancient people also saw the peacock as a symbol of integrity. This is because they taught humans about the elegant beauty we can achieve when choosing to better ourselves.

In historical writings, the peacock symbol represents Nobility, Guidance, Holiness, Watchfulness, and Protection. The power of the peacock can be of help to you when you need more energy in your work. This animal is also good at giving you spiritual nourishment as you work to strengthen your faith. This is also the right animal to increase your self-esteem. The colors of the peacock are meant to brighten your day when you are feeling low.

Ancient people viewed Black ravens as the king of taboo in ancient alchemy. They associated these birds with the transformative powers of death and decay. People also noted them for their ability to decompose everything in their paths. Although somewhat dark and unsavory, this is a necessary process for the body and soul to join. Although ravens were an omen of death, people called upon them in alchemy during complicated operations and transmutations.

Ancient people linked Raven’s symbolism to a lot of negative outcomes because of their presence on battlefields. Because of their scavenging nature, people always see them picking remains of dead soldiers on battlegrounds. But this bird is very intelligent. They have the ability to speak if they are well trained.  People knew these birds to be good messengers. Raven’s symbolic meaning is associated with good wisdom keeping. But they are also not good at keeping secrets.