Voodoo – Introduction To The Lwa Gods

A Brief Introduction To The Lwa Gods

Lwa are the entities that serve a purpose much akin to that of Gods from other faiths, but in their nature are often much different from these entities.

There are multiple nachons (nations or families) of the Lwa or Loa in voodoo, but the two of the more prominent are listed below, with some brief explanation of their more important members.

These Lwa include the more beneficial and benevolent of the spirits, and are deeply tied to the ancient roots in Africa. They are traditionally associated with the color white, in addition to those colors found to be in association with individual Lwa. A few members are listed below.

The intermediary between the Lwa spirits and mortal humans. He can be found at the crossroads and grants or denies permission to speak with the spirits of Guinee. He is known to speak all human languages.

Patron Lwa of those who work with healers and trees. He is the husband of Ayizan, the first Mambo, and he is considered to be the first Houngan.

She is known to be both the first Mambo, and the Lwa of trade and commerce, presiding over marketplaces. She is often also associated with Saint Claire, and her symbol is the palm frond. 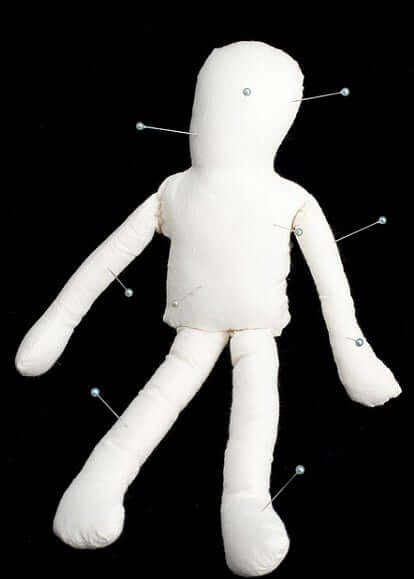 She is the patron saint of money, happiness, and love. She is perceived as being generous and playful, and decidedly carries an air of flirtation. She is a little vain, thinking herself able to provide anything a person could request, and is jealous of the other female Lwa.

Agwe is a Lwa deeply tied to the sea, he rules over all of it’s treasures. Be it fish, aquatic plants, or the sailors that sail upon his waters. He is seen as being married to the Lwa Erzuli, and is known as koki la me “Shell of the Sea.” He assists fisherman both in their catch, and in finding their way home.

These Lwa are considered to be more full of fire, warlike and aggressive, and have deep association with the New World and Haiti. Among their number Ezili has an important role. They have appeared to a congregation during French rule, and charging them to fight for their freedom. Their primary color is red.

Ezili is considered to be the patron of motherhood, specifically that pertaining to single mothers. She is often represented as a Black Madonna. She is deeply associated with the black creole pig of Haiti, being her favored sacrifice.

This Lwa was a cruel and vicious Loa who was raised to being a Lwa after her death. She is also called “Marinette Bwa Chech” (Marinette of the dry arms) or “Marinette pied Cheche” (Marinette of the Dry Feet). Both of these titles suggest that she is skeletal in form. She is represented by the screech owl and is thought to be the protector of Werewolves.

He, like Papa Legba, is a master of the crossroads. He often appears as a red skinned youth, and favors rum infused with gunpowder. He has the power to grant or deny access to all spirits, and is often seen as allowing the crossing of malignant beings.

Share
Previous Fairy Grimoire – Four Treasures Of The Tuatha De Danann
Next Wiccan – What Are The Burning Times?