Wiccan – What Are The Burning Times?

What Are The Wiccan Burning Times?

When speaking of Wicca, you will often hear people refer to ‘The Burning Times’. This period is equated to a time period between the 15th and 18th Centuries, and in some cases a little beyond. The time period in question refers to the Spanish Inquisition, and others to follow, where many people were burned under the guise of being Witches.

What is important to understand, before we go on, is that much of the information normally quoted about this time period is largely incorrect. There were many horrid atrocities committed in the name of religion.

Often those who were being burned at the stake, or executed in other ways, were not Witches at all. It is likely, in fact, that far more of these executions were done for reason of politics or economic gain than were actually done for any founded charges of Witchcraft.

Often those who were being burned at the stake were being accused of Satanic worship, or engaged in other acts of some form of sorcery and participation in Witches Sabbats. The biggest falsehood told about these times is that ‘9 million Witches were burned’. 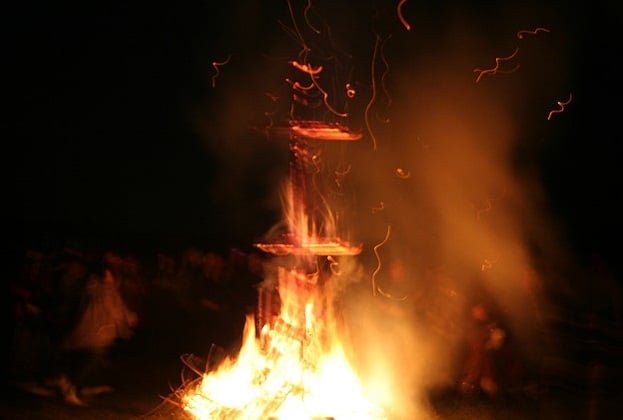 During this time period that would have equated to nearly 50% of the entire population of Europe, and is therefore in no way plausible, let alone likely. The numbers as recorded by historians is far closer to 40,000 to 100,000 people.

This is still awful, to be sure, but is in no way the mass culling and theocide reported by many authors during the mid to late 1900’s. The Witch hunts were at their most prevalent during the late 1500’s to mid 1600’s, and started declining rather sharply after that until 1750. From that point forward the only ‘witch hunts’ were very sporadic, occurring at best every 20 to 30 years.

This isn’t to say that executions for the practice of Witchcraft have ceased completely. In some highly religious or third world countries, occasional executions or prosecutions for Witchcraft still go on. One of the most recent being beheading in Saudi Arabia in 2011 and 2012.

During it’s heyday, there were a number of things that could cause one to be considered a Witch, or be shown as signs of Witchcraft. Among these were religious blasphemy, possession of articles used in the practice of Witchcraft, and denouncement by another Witch. This last one was most dangerous, as it was often a way of avoiding execution oneself.

One of the more heinous and despicable versions of this was the locating of a diabolical mark, or third nipple. Often these were nothing more than a mole or birthmark.

But it wasn’t unusual if such a mark couldn’t be found, for the examiner to claim to have found an ‘invisible mark’. Needless to say, this could all be horribly convenient if the examiner had something to gain.

Supposed Witches were not merely burned at the stake either, though this was a popular method. Sometimes witches were merely hanged, and were sometimes bound head and foot and tossed into water.

The logic here was that if they were witches, the water would reject them and they would float. If instead they sank and drowned, they were innocent. In any case, if a witch was executed, they were buried without a marked grave, no longer being considered ‘people’.

Thankfully, the highest brutality of these times are over, and Wicca has been almost universally accepted throughout the first world on a general scale.

In any case, it is protected in these countries by local and federal law, and assaulting a Wiccan based on their faith is considered a hate crime.