How To Use Kokkuri-San – Japanese Spirit-Talking Method

Japan is famous for many things, and its superstitions are on the top of that list. This method of contacting the dead has received a resurgence of interest thanks to a recent film about it. Find out how to do Kokkuri-San in this article.

The practice of using tools to talk to the dead is ancient, beyond ancient. Japan has never stopped evolving in the department of the supernatural, and their tried-and-true method of spirit talking called “kokkuri-san” is a well-known practice similar to the western Ouija board or planchette. Here’s how it works.

Step 1: On a large white paper, write out all the basic characters of the writing system of whatever language you intend to use. The alphabet, or Cyrillic characters, or the basic Japanese Hiragana are all valid choices, as long as you can read them.

Additionally, write the words “yes” and “no” and the numbers 0-9. Next, draw two parallel horizontal lines, and then two vertical lines that start on the first line and run through the second line, making the shape of a Japanese Torii gate. This is your preparation. 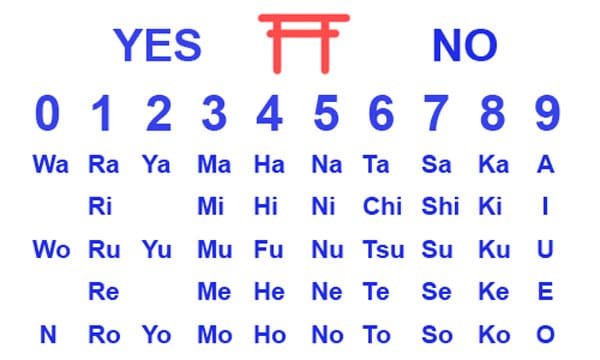 Step 2: Place a large coin in the center of the gate. A silver dollar, a 50-peso coin, or a 500-yen coin are all good sizes, but any large coin will work. All participants should be able to place one finger on the coin. It works best with fewer participants, just because of the amount of room on the coin.

Step 3: To invoke the spirit that will communicate with you, say the following:
“Kokkuri-san, kokkuri-san, if you are here, please say yes.”

Calling the spirit “kokkuri-san” is respectful – you don’t know the name of the spirit you’re contacting, so it’s the equivalent of saying “miss” or “sir.” Do this for as many times as is necessary “generally not terribly many” until you feel the coin begin to move on the paper. It should move toward the “yes” you wrote.

Step 4: Once you have received a response, you can start asking questions. Yes or no questions are the easiest to communicate, and this system should be used for primarily that purpose – the letters are there only if the answer requires more than just a binary answer. 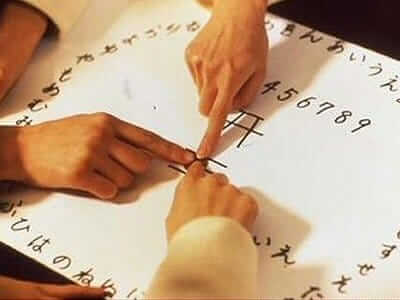 Step 5: When you’re finished, you can release the spirit you called. This is mandatory, and should not be skipped.”Kokkuri-san, kokkuri-san, thank you for answering our questions. Please leave through the gate.”

The coin should move back to the gate, where it began.

The legends about this method have a few warnings attached. First, it is dangerous to do Kokkuri-San in jest – you should only do it in full seriousness. The spirits will become angry if you do it jokingly.

Second, you should never leave in the middle without dismissing the spirit, because the only thing keeping it from leaping out of the coin you called it into is that you’re holding it. You absolutely must dismiss it, or you could end up with a malevolent spirit in your house.

Share
Previous 27 Nakshatras – Characteristics
Next What Is Hora Lagna?