The Four Treasures of the Tuatha Dé Danann

Within the mythological cycle of Irish history there are known to be four great treasures, four treasures possessed by the Tuatha Dé Danann that were of great importance.

The Tuatha Dé Danann were the great Fairy lords of Ireland, those who came and wrested it from the the Fir Bolg who ruled the land before them. With them came these four great treasures, each one from a great city from the realm they came from, brought into their new home. 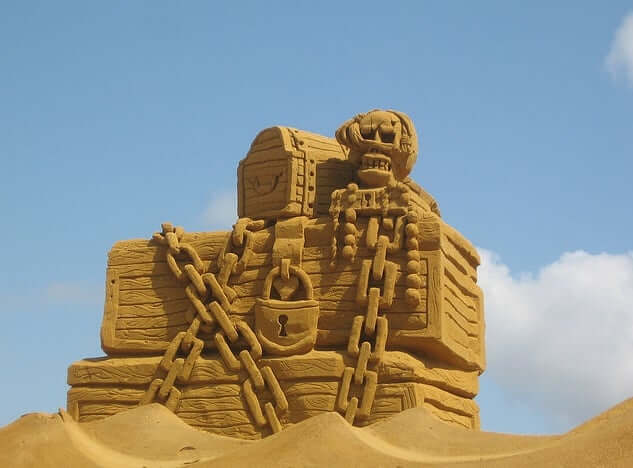 First among these was the Stone of Fál (Lia Fáil), or the stone of destiny. It is one of the only treasures of these great people whose location is well known. It stands to this day upon the Hill of Tara in County Meath, Ireland. Those who were seeking to be High King of the realm were brought to it.

It was said that it would cry out in joy under the feet of the Rightful High King of Ireland. In doing so it would heal the King, and grant him long life. This great stone was brought to Ireland from the great de Danann city of Falias before being brought to it’s current place. Elementally the stone of Fial is thought to be tied to Earth.

The Second great treasure was the mighty Spear of Lugh, brought to Ireland from the great city of Gorias. It was said that any battle that was brought against the bearer of this spear, was due to end in failure. No army could stand before it’s wrath. Elementally it is known to be tied to the element of Air.

The Third great treasure of the Tuatha de Danann was ‘Nuada’s Cainnel’ or his torch. Once this blade was drawn in battle, none who stood before the man could fall. This differs from the spear of Lugh in that the sword only protected the man bearing it, and only guaranteed their victory.

This sword was used in the Battles of Magh Tuireadh, to lay low their enemies. Using it Nuada slew Bres, a great Fomorian enemy who stood between Nuada and his reclaiming of the Irish throne. Specifically, it was borne by the great King of the Tuatha, Nuada of the Silver-Hand. Elementally is was known to be tied to the element of Fire.

It was known as the Undry, and could serve as many as were brought to it due to it’s bottomless nature. It was brought from the great city of Murias, and like all cauldrons, was deeply tied to the element of water.