What is your Uranus sign? According to the Uranus sign, people tend to follow their culture to the latter. Basically, it is good to stick to your cultures, but at the same time, you should be in a position to see how the world changes. In matters concerning transformation, one has to accept and initiate every change in life. Actually, you will become a better person when you understand your position in the worldly realm. Equally, let go of some things that will not push your life forward and try new things that will become productive.

Uranus sign describes an individual’s personality using the location of Uranus in the natal chart. It is seen as a planet that is indicative of revolt, or rebellion, especially as this is a more recently discovered planet. Perhaps, you should try not to become rebellious with change because the world deserves to be great once you face and overcome every change. Equally, it will be great to accept change and move on because you will never avoid the presence of change in your life. 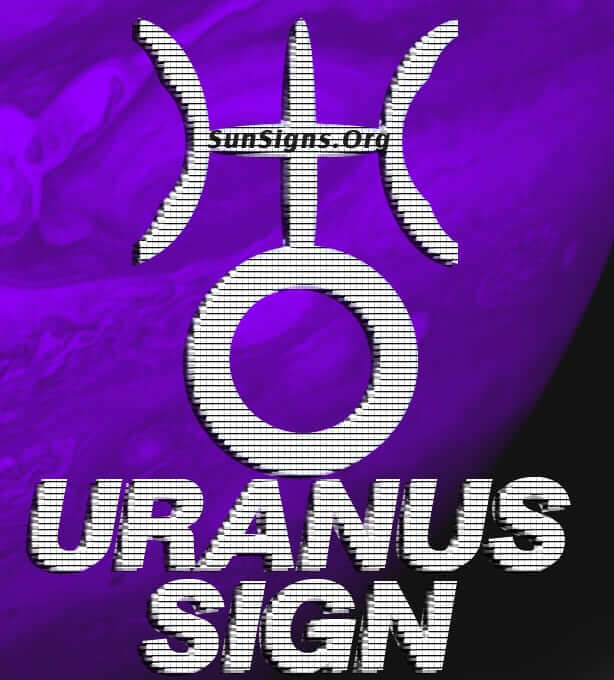 In our current era, we have become somewhat more tolerant of those who march to a different drummer. While unconventionality is not truly approved of, we do see that it has the ability to allow certain types of creativity to flourish. We certainly have seen the growth of radicalism.

We have seen many terrorist attacks. And what are these but radicalism? There is a conflict in our society between that which is perfectly conventional and the needed innovation created by some unconventionality. The Zodiac Rebellion Sign gives you some idea of your tendency to rebellion or radicalism.

Without the gift of innovation, society would have stagnated. From the discovery of fire to the discovery of spaceflight, it is the innovators who move society forward. And though some of the great innovators have been persecuted, they have all changed our world in some way.

The Uranus sign, together with the sun sign and moon sign, are helpful in understanding yourself. The transit of Uranus through the zodiac takes many years since it is one of the outer planets. The ability to innovate and create original work is strongly connected to Uranus.

Uranus signs will make you think of the new while giving the conventions a bit of a kick in the pants. It will affect an entire generation because of its slow movement through the zodiac.

Uranus sign man will live to understand the advantages of having someone who will understand your life better. Actually, it is hard at times to find your partner who will fit into your qualities. Basically, it will take some time for you to realize the perfect person for you. Once you meet that one person, everything will be smooth and fantastic because you will work together. Equally, never underestimate the power of a woman because she can push you to another limit where no one can.

Uranus sign wants you to have a happy ending by taking full responsibility now and acting upon your emotions in every situation. Also, you have every quality that will push you to the destination you deserve. All you can do is direct yourself to the right path, and everything will run smoothly. Equally, let no one give you the decisions to take especially when you are going after your dreams.