Mercury – The Message Of Your Herbs

What Messages Do The Herbs Convey?

Up until now, I have been relaying information to you without exposing my methodology for deciding on that information. Since I am dealing with the essence of Mercury in this article (and since Mercury is a spirit of communication), I would like to reveal my classification system to you. Hopefully you will do more research and use this information in your own personal hedge witch practice.

When attempting to find a use for a plant, try to figure out what its appearance conveys to you. For example, kidney beans look like the human kidneys, and kidney beans actually do help heal and maintain the kidneys.

Attempting to uncover the essence of a plant requires a bit more study, since it is contingent on a working understanding of astrology and its connection to Greco-Roman Mythology. Don’t get scared. I’m not talking about a masters thesis. I’m talking about a working understanding of how the planets and the gods are connected and how that connection translates into your plants.

The Doctrine of Signatures says that the Sun

“represents the life-force in everything. It symbolizes the principles of strength, righteousness, virtue and honor. It rules the domain of logical understanding (left brain) and clarity, consciousness, self-awareness and pride, health, integrity, vigor and creative energy.”

In the Greco-Roman pantheon, the god connected to this energy was Apollo. He ruled over logic and reason, he was the sun to Diana’s moon. Remember back to my article on Solar Herbs. I recommended that you work with rosemary if you were a beginner, because it was the most versatile of the options.

I also said that it was good for mental health, mental clarity, self-confidence, clearing negativity, etc. After understanding what the Doctrine of Signatures has to say about the Sun, it is easy to see why rosemary would be connected to this energy.

In my article on Lunar Herbs, I mention that Willow guards against evil, is useful in drawing love, conjuring spirits, and stopping blood … among other things. The Doctrine of Signatures says that

“The Moon on the other hand represents the yin principle, receptivity, sensitivity and yielding. It has an affinity with water, and rules the domain of the night, the unconscious mind, the world of dreams, fantasies and imagination (right brain). Its expression is through empathy, intuition and nurturing.”

Can you see how Willow would certainly fall into Lunar energies? It’s receptive leaves dance gracefully in the breeze. It grows near the water. Many of its uses (like stopping bleeding) are related to water – blood being mostly water. 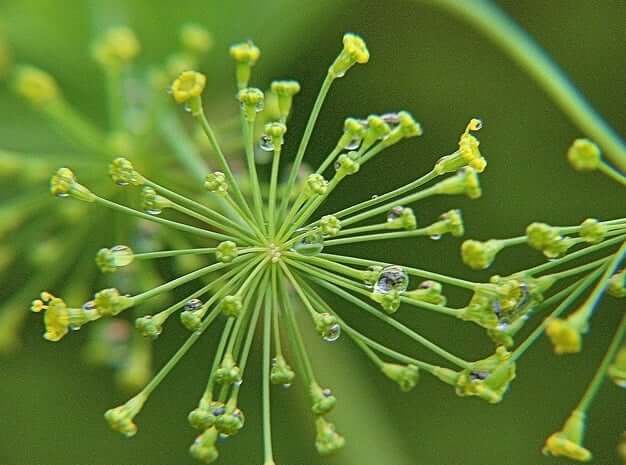 Mercury was the messenger of the gods, and the planet named after him shares in his essence. The god was said to be fleet of foot, and the planet is the fastest moving planet in our solar system.

Rapid change and quick growth are symbolic of this energy, and plants that share in this energy also experience an accelerated growth process. Rarely will a mercurial plant become woody. Instead, they stay flexible. Whenever a plant has a “feathery” leaf, you can be fairly certain that it falls into the mercurial energies.

If you are looking for a Mercury herb to plant in your hedge witch garden, consider dill. Like rosemary, it has plenty of magickal, medicinal, and mundane uses. Magickally, dill is excellent for protection, money, lust, and love.

If you wish to protect your home with dill, simply hang it over your door. Because of its prolific seeds, dill is often used in money spells. Add dill to your bath to become irresistible to potential lovers.

On a medicinal level, dill can aid with digestive problems, break a fever, and combat inflammation. It is also a first rate culinary spice. Since there are countless recipes that extol its virtues, I won’t detail them here.