What Is Magickal Astrology?

Magickal astrology considers the Moon a planet. (In fact, it is one of the classical seven planets.)

Despite being the closest “planet” to us here, on Earth, we are still held in awe by the many mysteries surrounding the Moon.

Isaac Asimov (professor of biochemistry at Boston University, who died in 1992) said:

“We cannot help but come to the conclusion that the Moon by rights ought not to be there. The fact that it is, is one of the strokes of luck almost too good to accept… Small planets, such as Earth, with weak gravitational fields, might well lack satellites… … In general then, when a planet does have satellites, those satellites are much smaller than the planet itself. Therefore, even if the Earth has a satellite, there would be every reason to suspect… that at best it would be a tiny world, perhaps 30 miles in diameter. But that is not so. Earth not only has a satellite, but it is a giant satellite, 2160 miles in diameter. How is it then, that tiny Earth has one? Amazing.”

The Moon’s mysteries and fascinations do not stop with science. Our folk wisdom is endlessly fascinated by what we still don’t know about the Moon. Have you ever heard of Moonlight Madness? (The word “lunatic” comes from lunar. It is heavily associated with the Moon, and has been since ancient times.) 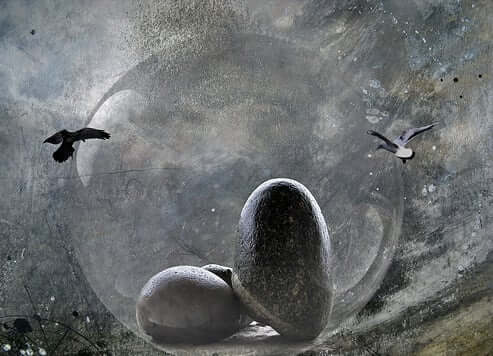 Ask any big city police officer or ER nurse when the most hectic time for them is in their job, and you are bound to get the same answer: during a Full Moon! Nobody can explain why the Moon’s fullness effects human passions the way that it does, but, looking at statistical evidence, it is hard to refute that it does impact us.

For witches, the Moon is either a symbol of the Goddess or the Goddess, herself, depending on the perspective of the witch you’re talking to.

We identify the New Moon with the Maiden. The Full Moon is symbolic of the Mother aspect of the Goddess, and the Dark Moon (the phase when the sky seems devoid of any Moon light) represents the Crone.

This mystery and fascination is easily explained through the lunar associations in Magickal Astrology. The Moon rules over our emotions, unconscious, and dreams. It also has dominion over intuition and magick – two endlessly fascinating topics in their own right!

Even the ancient belief that the Moon housed the spirits of the dead can easily be explained through its magickal associations. The Moon rules over the astral plane, which in some traditions of magick is where certain types of spirits reside.

Even the most devoted scientist could find real value by learning a little about Magickal Astrology and Magickal Timing. Next time you find yourself at a loss to explain a certain phenomenon in your life, consider turning to astrology for the answer and see if it helps bring the unconscious truth, which eludes you, fully into your consciousness.