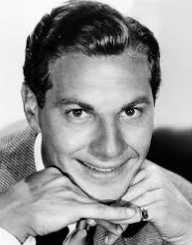 Zeppo Marx was the youngest of the comedic family act called Marx Brothers. He left the act after a few films to become an engineer and businessman which in turn led him to become a millionaire. Marx died of lung cancer on November 30, 1979, at the Eisenhower Medical Center at the age of 78.

Zeppo: The Child Overshadowed by His Older Brothers

Zeppo Marx was born as Herbert Manfred "Zeppo" Marx on February 25, 1901, in Manhattan, New York. He was the youngest but the most handsome of the Marx brothers' bunch of five. His parents were Sam and Minnie Marx and of Jewish descent.

Growing up, he was overshadowed by his siblings hence his limited role in the first Marx Brothers' production. But due to one of his brother Gummo's military enlistment, he had his share of screentime.

Zeppo Marx typically played the role of the romantic love interest during their films and was part of the first five films released between 1929 to 1933.

After working in the acting industry, Zeppo Marx decided to focus on his interest in engineering. Marx was blessed with a hand in understanding engineering mechanics, and the family cited that he was the one responsible for the family vehicle's excellent condition.

In later years it turned into a business where he owned a company named Marman Products Co. The company was later on renamed as Aeroquip Company, and it fabricated mechanical parts for World War II.

One of his famous inventions was the clamp used to tie down the atomic bomb inside the Bockscar, the US Army's bomber plane. Another one of his inventions that aided today's society was the wristwatch that monitored a person's pulse rate that was the key to his millionaire status.

Five years later, Zeppo Marx tied the know with Barbara Blakeley on September 18, 1959. She had a son named Bobby of which Marx wanted to adopt and take his surname, but Bobby's father did not allow him to. The couple divorced in 1973 and she married another man. However, the last years of his life were spent with Blakeley's family as he battled cancer until his death in 1979.

What's In a Name?

The origin of Marx's stage name Zeppo has been under talks. One account as told from his brother's Groucho's 1972 concert that it was taken from the Zeppelin ship of which is supported by his ex-wife Barbara in Lady Blue Eyes, her 2011 autobiography.

Another account tells a different story from Marx's other brother named Harpo who published an autobiography in  1961 entitled Harpo Speaks! In the book, he narrated that it originated from Zippo, a trained chimpanzee who loved to do acrobatics. At the time, Marx also enjoyed doing acrobatic acts hence the adaptation of the name of which it was altered to Zeppo in due time.