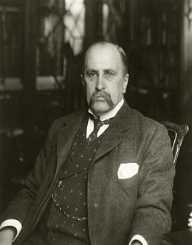 William Osler is known to the world as the father of modern medicine. Apart from being a physician, William Osler was also a historian, educator, author, and medical philosopher.

The Canadian physician was also the first to introduce residency program for specialty training of medical doctors.

William Osler was born on 12th July 1849 in Bond Head (a remote part of Ontario), Canada to Mr. Feather stone Lake Osler, a church priest, and his wife, Ellen Free Pickton. He was the eighth-born in a family of nine including Britton Bath Osler (who became one of Canada’s Best Lawyers), Featherstone Osler (Court of Appeal judge), Edmund Boyd Osler (financier), among others.

The Oslers moved to Toronto where his father had gone for evangelical work in 1837 and later to Dundas where they lived for 25 years. As a young boy, he was active and mischievous with a lot of jokes and pranks.

The pranks once even made William Osler spend a night in jail. His mother, a very religious woman, however, always prayed that he would consecrate to God’s work and in 1867, he finally announced that he would follow his father’s footsteps.

When he became of age, William Osler was enrolled for his early education after which he decided to follow his father’s footsteps as an evangelist. As such, he was sent to Trinity College School (West Toronto) in 1866 where he studied theology under Reverend William Arthur Johnson who also introduced him to microscopy.

In 1867, William Osler entered Trinity College (now the University of Toronto). He became increasingly interested in medical science and was encouraged by both Rev. William A. Johnson and James Bovell.

As a result, Osler switched his career to medicine and in 1868; he enrolled in Toronto School of Medicine (also now part of the University of Toronto). He later left this institution and joined McGill University, Faculty of Medicine, for MDCM program. He graduated in 1872 and received his medical degree (MDCM). He later traveled to England and Germany where he further studied physiology.

Upon completion of his post-graduate study in London, Berlin, and Vienna, William Osler returned to Canada in 1874 and was employed at McGill University, medical faculty, as a lecturer before being promoted a year later to a professor.

In 1884, William Osler left the institution and joined the University of Pennsylvania in Philadelphia where he worked as the professor of clinical medicine.

In 1889, William Osler left Philadelphia and was employed as the first physician-in-chief at Johns Hopkins Hospital (a new hospital in Baltimore, Maryland). Later in 1893, he became one of the founders of Johns Hopkins School of Medicine where he also worked as s professor of medicine.

During this time, his reputation as a teacher, clinician, and humanitarian highly improved. He worked in this institution for sixteen years after which he left for Oxford. In 1905, Osler worked as the Regius Chair of Medicine of Oxford.

William Osler held this position until his death. He also wrote a lot of letters and papers which are still held at the United States National Library of Medicine.

William Osler was highly honored, and many conditions including Osler’s nodes, Osler-vague disease, Osler’s maneuver, Osler’s syndrome, among others are named after him.

William Osler married his wife, Grace Revere in 1892 and the couple was blessed with two sons. One of their sons, however, died shortly after birth. Their remaining son, Edward Revere Osler, participated in the First World War at the age of 21 and was mortally wounded and later worked as a second lieutenant in Britain.

On 29th December 1919, William Osler died of complications from undiagnosed bronchiectasis at the age of 70. His ashes were buried in a niche in the Osler Library, McGill University. His wife Grace also died after a series of stroke nine years later.