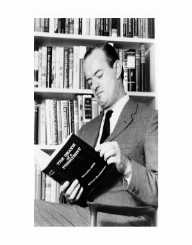 American journalist, writer, biographer, and historian William Manchester on the 1 April 1922 in Attleboro, Massachusetts. He was raised in Springfield, Massachusetts.

After graduating from Classical High School, Springfield; William Manchester enrolled at the University of Massachusetts where he studied for two years before joining the U.S. Marines.

During World War II, he saw service in the Pacific, was injured(1945) and was discharged with the rank of sergeant. He eventually graduated from the University of Massachusetts (1946). He then did an MA with the University of Missouri (1947)  His thesis was published as Disturber of the Peace: The Life of H.L. Mencken in 1951.

Later works include One Brief Shining Moment: Remembering Kennedy (1983), A World Lit Only by Fire: The Medieval Mind and the Renaissance -Portrait of an Age (1992) and Magallan (1994). He also produced many essays and a memoir Goodbye Darkness: A Memoir of the Pacific War (2002). Manchester was working the third volume of his Churchill biography, The Last Lion: Winston Spencer Churchill: Defender of the Realm 1840-1865 when he had a stroke and was unable to complete the book. Paul Reid subsequently finished it.

During World War II, William Manchester earned the Navy Cross, the Silver Star, and two Purple Hearts. He also won the Abraham Lincoln Literary Award and was presented with the National Humanities Medal.