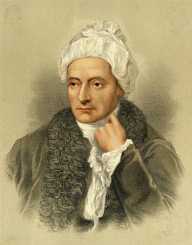 English poet William Cowper was born on November 26, 1731, in Berkhamsted, Hertfordshire, England. His father was a rector of the Church of St. Peter. His parents had seven children, but only William and his brother John lived past infancy. His mother Ann died in 1737 during childbirth. His mother’s death was a traumatizing experience to the young boy, and he later subjected this in the poem “On the Receipt of My Mother’s Picture.”

After his mother’s death, Cowper grew close to her brother Robert and his wife, Harriot. They encouraged William to read and gave him his first books.

In 1742, William Cowper was enrolled in the Westminster School. Before attending this school, he was often moving to different schools. From a young age, Cowper studied Latin and continued to study it for the rest of his life. The School was very popular amongst the members of the Whig political party. The school was attended by boys from prominent, as well as poor families.

After finishing Westminster School, William Cowper continued his education with Mr. Chapman, a solicitor of Ely Place, Holborn. He spent his free time with his uncle, Bob Cowper. There he met his cousin, Bob’s daughter Theodora and fell in love with her. His uncle refused to allow them to marry since he believed it is improper to marry relatives. This left Cowper deeply hurt. In 1763, he started to work as a Clerk of Journals in the House of Lords, but the job put too much pressure on him. With his relationship problems and work trouble, Cowper experienced a period of depression and even insanity. He tried to commit suicide three times and was sent to the Nathaniel Cotton’s asylum to recover.

After William Cowper recovered from his illness, he settled down in Huntingdon with an elderly couple- a retired clergyman Morley Unwin and his wife. He grew close to the Unwin family and started to live in their house, later even moving to Olney with them. In Olney, Cowper met a former slave ship captain John Newton who had devoted his life to gospel. Newton invited Cowper to contribute to his hymnbook. Olney Hymns was published only in 1779, and includes several of Cowper’s hymns, like “Praise for the Fountain Opened” and “Light Shining out of Darkness.”

In 1773, William Cowper was again hit by an attack of insanity. He was imagining that he is eternally condemned to hell and God is commanding him to take his own life. Unwin’s widow Mary took great care of Cowper, and he slowly started to recover. In 1779 Newton moved to London and Cowper changed his focus from hymns to writing poetry.

Mary Unwin was the one who suggested that he keeps his mind occupied and wrote on the subject The Progress of Error. Cowper went on to write eight satires on this topic. The poems were published in 1782: “Poems by William Cowper, of the Inner Temple, Esq.”

One of the best known Cowper’s works is The Task, which was originally published in 1785. This work was inspired by a charming widow Lady Austen. In the same volume, Cowper also published a comic verse “The Diverting History of John Gilpin.”

William Cowper and Mary Unwin moved to Buckinghamshire in 1786. There Cowper started his work on translating Homer’s Iliad and Odyssey into blank verse. His versions were published in 1791, and since have become the most significant English renderings of these poems. In 1795, Cowper and Unwin started to move several residences, until they finally settled in East Dereham.

In 1795, Mary Unwind died, leaving William Cowper in a very bad state. Her death deeply struck him and Cowper never fully recovered from this. He continued to revise his work on Homer. During this time, his most notable bleak poem was “The Castaway.”

Cowper died in 1800, after experiencing a seizure with dropsy (now known as generalized edema). He has buried in the St. Thomas of Canterbury chapel in East Dereham.