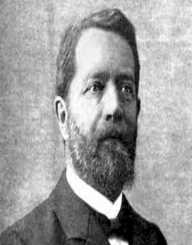 Willebrord Snell was born on June 13, 1580, in Leiden, in the Dutch Republic (this area is now the Netherlands). His father was Rudolph Snel van Royen. He also had two brothers, Henrik and Jacob. Both of his brothers died before they reached adulthood.

Willebrord Snell eventually took on studying mathematics as his primary subject. He studied under Ludolph van Ceulen, a German mathematician. However, this was not an entirely formal education.

When Willebrord Snell was finally old enough, he went on to study law at the University of Leiden. He did this in the late 1590’s. He later put his education on pause for several years so he could travel around Europe. He later resumed his law studies in 1603, this time in Paris. However, it was not long before he quit studying law again. He would not resume his law studies again.

In the last years of the 1500’s, Willebrord Snell worked as a professor of mathematics at the University of Leiden, in part while he was also studying there.

Once Willebrord Snell finished school, he left his home and began traveling around Europe. During his travels, he met with other academic professionals and studied various subjects along the way. One of the people he spent a lot of time with on his travels was Tycho Brahe. The two studied astronomy together until Brahe’s death in 1601.

In the early part of the 1610’s, Snell’s father retired. This did not automatically give Willebrord Snell a full teaching position at the University, but it did allow him to take on some more work than he had when he was just working with his father. However, his workload was still light enough that he could focus on his own studies (these studies were self-guided; he did not take any further classes).

When Willebrord Snell wasn’t teaching, he spent much of his time researching and writing. His main topics of study were mathematics (specifically geometry) and astronomy. He loved to study how these subjects worked together. He wrote several papers and books on these topics. He even wrote commentaries and other works on the work of other mathematicians and astronomers.

It was around 1615 that Willebrord Snell made one of his most impressive discoveries. Using methods used by the ancient Egyptian Eratosthenes, and some methods of his own, Willebrord Snell was able to use various high points and the distances between them to calculate the circumference of the Earth. However, he did not come up with the exact circumference, but he was less than 5% of the distance away from being correct, which still made his mathematical and geographical skills impressive for his day and age.

It was also in 1615 that Willebrord Snell finally became a full professor. Up until this point, he acted more as a modern-day lecturer or assistant professor. This new job position allowed him to have more money, even though he was still not paid as much as some of the other professors working at the University for several years. In 1618, he was finally on par with the rest of the staff at the University. This made Snell’s financial life much easier.

Even while Willebrord Snell worked as a full professor at the University of Leiden, he was able to continue his own research and studies. While not teaching, the rest of his career was based around writing about his discoveries and ideas. Some of what he wrote about is still studied today.

Most all of Snell’s publications were written about the subjects of mathematics, astronomy, or both. Some of his most famous publications are listed below.

Willebrord Snell married Maria de Langhe in 1608. The couple went on to have eight children together (although it is thought that they might have had more). However, only three of Snell’s children survived into adulthood.

Willebrord Snell died on October 30, 1626. The cause of his death was complications due to colic. He was 46 years old when he passed away.