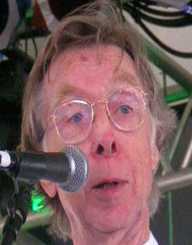 Thomas ‘Tommy’ Makem was born on November 4, 1932. He was a musician, poet, and artist. He was a member of the Clancy Brothers and Tommy Makem. He played instruments such as the banjo, guitar, tin whistle and bagpipes among other instruments. He was also referred to as ‘The Bard of Armagh’ by many people. He died on August 1, 2007, at the age of seventy four.

Thomas ‘Tommy’ Makem was born on November 4, 1932, in Keady, County Armagh in Northern Ireland.  He was born to Sara Makem and Peter Makem. Both his parents loved music. He was brought up alongside two siblings. At the age of eight, he joined the St.Patrick’s Church Choir where he sang for fifteen years. He sang Gregorian chant and motets in the choir.

At the age of fourteen, he became a clerk in a garage in his home town. He later became a barman at Mone’s Bar. He was also a correspondent for ‘The Armagh Observer.’ In 1955, he immigrated into the United States of America with bag pipes and a few of his belongings.

Tommy Makem immigrated and settled in Dover in New Hampshire where he worked at Kidder Press. In 1955, his hand was crashed from using the presser. He left moved to New York City to pursue a career in acting. In 1961, his band ‘The Clancy’s and Makem’ was signed to Columbia Records. In the 1960s, the band performed sell out concerts in venues such as Carnegie Hall among others. The band also appeared in television shows such as ‘The Tonight Show’ and ‘The Ed Sullivan Show.’ They also performed for the United States President, John F. Kennedy. In 1969, Thomas left the band to start a solo career.

In 1975, Tommy Makem started performing at folk concerts with Liam Clancy, and they were known as ‘Makem and Clancy.’ They also recorded some albums together. In 1988, he went on ahead to continue pursuing a solo career. In the 1970s and 1980s, he performed solo, and at times he performed with Liam Clancy.

In 1997, he wrote his book ‘Tommy Makem’s Secret Ireland.’ In 1999, he started the theatre show ‘Invasions and Legacies’ in New York in the United States of America. In 2000, he founded the Tommy Makem International Festival of Song in South Armagh in Northern Ireland.

Tommy Makem married Mary Shanahan with whom he had four children, Katie Makem, Shane, Rory, and Conor. They had two grandchildren Molly Dewar and Robert Boucher. In 2001, his wife died. On August 1, 2007, Thomas died from lung cancer in Dover, New Hampshire in the United States of America at the age of seventy four. He was buried at New Saint Mary Cemetery in Dover. He is buried next to his wife.