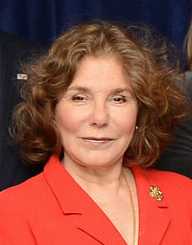 Teresa Heinz is a businesswoman, former widow of a US Senator, and revered philanthropist. She is now married former US Secretary of State John Kerry, and the head of the Heinz family empire.

Teresa was born in Maputo Mozambique. By then it was part of the Portuguese East Africa colony. Her birth records show the date of birth as October 5, 1938. The daughter of a Portuguese doctor, her maiden name was Maria Teresa Thierstein Simoes-Ferreira. Her father was Jose Ferreira while her mother’s name was Irene Thierstein. Due to a multiplicity of many nationalities in her heritage, Teresa Kerry was introduced to many languages in her childhood.

Immediately after her graduation in Switzerland, Teresa Kerry relocated to the US. She got a job at the UN as a language interpreter. At the time of getting the job, she was fluent in five different languages. She speaks her native Portuguese, and English. She also speaks Italian, Spanish and French as well.

A few years into working in the US, Teresa reunited with her old acquaintance Henry John Heinz. The two had been college mates at the University of Geneva. In February 1966, they got married and she adopted her husband’s name, Heinz. The couple had three sons John Heinz, Andre and Christopher. Five years later, Heinz was elected to the Senate on a Republican ticket. She now became a Senatorial wife in Pennsylvania. Teresa was granted US citizenship in the same year.

She resigned from her UN job to work in the Heinz family business. When her husband died in 1991, she became the head of the family business. Under her watch, the H. J. Heinz Company has managed to expand to Africa and Asia. Previously, the ketchup manufacturing business was concentrated in the US and Europe. The company now has franchises with farmers in the US and Mexico.

Even after being listed by Forbes Magazine, the real worth of the Heinz Company is still a mystery.

In 1995, Teresa and Senator John Kerry got married in Massachusetts. This was the first time in the history of the US that one woman was married to two different Senators. Despite her marriage, Teresa never embraced the Kerry name. Most of the time, she still introduced herself as Teresa Heinz.

Despite her political stand being Republican, she supported her husband’s presidential bid in 2004. John Kerry eventually lost to George Walker Bush. In political circles, Teresa Kerry is seen as a tough talker. True to her nature, she shot from the hip in all debates with her counterpart Laura Bush in 2004.

As the head of Heinz Endowments, Teresa Kerry has worked to promote the social underserved. Her donations have been widely distributed. The organization has partnered with environmental organizations to help combat climate change.

On the social front, she has helped improve the lives of poor communities. Teresa Kerry has also been helpful to the advancement of women rights and their empowerment. Many women across the US have benefitted with academic scholarships to pursue their dreams.

She is an outspoken advocate of good health. Throughout the US, her organization has established and funded numerous health facilities.

Due to her advocacy in an array of socio-economic issues, Teresa Kerry has been feted by a dozen institutions. Her former college in Witwatersrand conferred her with an Honorary Doctorate degree for her charity work. Most of the colleges that have honored her are American. In total, Teresa Heinz Kerry has twelve honorary doctorate degrees to her name.

She also sits on several boards in Pittsburg and across the US.

In her Catholic upbringing, Teresa was influenced by the different orders that emphasize charity to the needy. Though she came from a wealthy background, she has managed to create a space in the hearts of millions who have benefited from her life. Her working ethics have been the pillar of her success. She is known to be a straight and tough administrator.