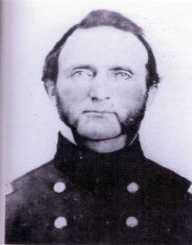 Julia sold the family possessions to pay the debt. She moved the family into a one-bedroom rental dwelling, and she did sewing and teaching to support herself and the family for approximately four years.

Stonewall Jackson’s mother remarried in 1830. She married an attorney, who, unfortunately, didn’t like the children. She had one more child with her new husband and then died. Although the children had lived away with relatives when their mother became sick, they came home to be with her when she died.

Stonewall Jackson and his sister were sent to different relatives to live. Stonewall Jackson was verbally abused for more than 12 months by his uncle. He ran away, and then made his way back to Stonewall Jackson’s Mill where his other family was very happy to see him, and he stayed there for seven years.

Jackson’s Mill was where Jackson and his sister had stayed for four years while their mother was sick.

Stonewall Jackson was accepted into West Point Military Academy in 1842. As a student with not much schooling, Jackson applied himself with determination. He began at the bottom of the class, but in 1846, he graduated at 17th out of 59.

After graduation, Stonewall Jackson’s military career began. He fought in many battles and several wars. His first was the Mexican-American War between 1846 and 1848.

He served in several battles during the war, and while in Mexico City, met Robert E. Lee for the first time. During the Mexican-American War, Jackson was promoted to the rank of first lieutenant. He was promoted further until he reached the rank of major.

Once the war was finished Jackson served in New York and then in Florida at the Seminole Wars. In 1851, he accepted a position to teach at the Virginia Military Institute in Lexington. His role was that of Professor of Natural and Experimental Philosophy, and he was also the Instructor of Artillery.

Unfortunately, Jackson was not a good teacher. He prepared well for classes, but he couldn’t connect with his students.

Much to his credit, some of his curriculum is still being taught at the Institute.

In 1861, Virginia seceded from the Union, and the American Civil War began.

Stonewall Jackson joined the Confederate Army, and he became drill master for new recruits. By this time Stonewall Jackson was a Colonel. He assembled and took charge of a unit which consisted of the 2nd, 4th, 5th, 27th, and 33rd Virginia Infantry regiments. They would later become known as Stonewall Brigade.

Stonewall Jackson was a hard task-masker, believing drills would help his troops succeed. In May, he was promoted to the rank of brigadier general.

It was during the First Battle of Bull Run in July 1861 that Stonewall Jackson received his nickname of “Stonewall”.His brigade stopped the Union Army in the battle and they had many casualties. At the end of the battle, Jackson attained the rank of major general.

Stonewall Jackson continued to lead his troops and fight in various battles, including the Valley Campaign, the Peninsula Campaign, the Second Bull Run to Fredericksburg, and the Chancellorsville Campaign.

Stonewall Jackson and his troops served under Robert E. Lee during battle. Several battles and campaigns later, Jackson was promoted to lieutenant general.

After one of the main battles in the Chancellorsville Campaign, when Stonewall Jackson and his men were returning to camp after dark, they were shot at by fellow Confederate soldiers thinking it was a ploy by the Union.

He was offered to recover at the property of Thomas C. Chandler. Jackson refused the home, and instead suggested he use the plantation office as a recovery room.

On May 10, 1963, Stonewall Jackson died of complications from pneumonia. It was eight days after he had been shot.

His body was displayed at the Governor’s Mansion in Richmond, so the public could mourn. He was then buried at the Stonewall Jackson Memorial Cemetery in Lexington, Virginia.

In 1853, Stonewall Jackson married Elinor “Ellie” Junkin. While Ellie was giving birth to their stillborn son in October 1854, she died.

In 1857, Stonewall Jackson married for a second time. He married Mary Anna Morrison. The couple had a daughter in 1858, but she died in less than a month. They had a second daughter in 1862.

Mary Anna Jackson moved to North Carolina with her daughter after the war. She wrote two books about Stonewall Jackson's life. Mary didn’t remarry and was called the “Widow of the Confederacy”.

Stonewall Jackson has had statues built in his honor, and a park named after him.

His uncle’s grist mill is part of the site at the Stonewall Jackson’s Mill Center for Lifelong Learning and State 4-H Camp.

His birthday is honored as part of Lee-Jackson Day, observed as a state public holiday since 1904. It takes place on the Friday that comes before the third Monday in January every year.