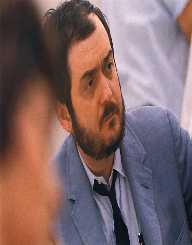 Stanley Kubrick was born on 26th July 1928, to Jacob and Sadie Kubrick. He was born in Manhattan, New York, in the United States. Kubrick was one of two children, with a younger sister, Barbara. His father graduated as a doctor in 1927, the year before Kubrick’s birth. Kubrick attended Public School 3 in the Bronx, and from there went to Public School 90. Although a bright student, he regularly missed class.

Stanley Kubrick developed an early interest in literature, as well as chess. His father taught him how to play chess when he was 12 years old, and Stanley Kubrick maintained an interest in the game for the rest of his life. Another hobby he keenly developed, was photography. He took and developed his pictures. From 1941 to 1945, Stanley Kubrick studied at William Howard Taft High School. His poor attendance continued, and he was considered a below-average student. Demand for a college education at the time was strong as there were many servicemen returning from the war who were also looking for a college education, so Kubrick had no chance to attend college with his poor grades.

Stanley Kubrick's father believed his son was capable of college, and he encouraged Stanley Kubrick to read from the books in his library, as well as allowing Kubrick to become more serious about his photography.

Stanley Kubrick developed his photographic skills, selling his first series to Look magazine for 25 pounds. It was printed in June 1945. As well as his photography, Kubrick made money playing chess.

In 1946, he joined Look as an apprentice photographer. Before long, Stanley Kubrick was becoming known for his photographic talent. His first story in photographs was published in April 1946. Kubrick was traveling by 1948 to cover stories like the Ringling Bros. and Barnum & Bailey Circus, and Portugal for travel.

Kubrick’s photography was regularly published by Look over the next few years. During this same period, Stanley Kubrick started going to film screenings at the Museum of Modern Art and cinemas throughout New York City. His friends noticed his obsession with filmmaking. He studied it thoroughly and took many notes for himself during the process.

Between 1951 and 1953, Stanley Kubrick started by filming short films and documentaries. Although he had been told it would cost around $40,000 to make a short film, he did his first 15-minute documentary with $3,900. He sold it for $4,000. Soon after, Stanley Kubrick left his job at Look in pursuit of a film-making career. He studied theart by visiting filmmakers in New York City and asking lots of questions.

His first movie was Flying Padre (1951), a documentary about Reverend Fred Stadtmueller. His second movie, which was also his first color movie, was The Seafarers (1953).

Stanley Kubrick's feature film, Fear, and Desire (1953), came next. He had $1,000 of his own money and $9,000 from an investor who was credited as Executive Producer for giving the money. The budget blew out to $53,000, and Stanley Kubrick was bailed out by another producer in return for helping with the production of a television series about Abraham Lincoln. Although the movie didn’t make money, it did receive critical acclaim. Stanley Kubrick's next movie was released with the title Killer’s Kiss (1955). The money was raised by family and friends.

Stanley Kubrick met a producer, James B. Harris whilst playing chess in Washington Square, and they established Harris-Kubrick Pictures Corporation in 1955. The two of them then moved to Los Angeles and signed with the Jaffe Agency to shoot their first film, The Killing. Although not commercially successful, the movie did receive critical acclaim and is now thought to be one of Kubrick’s best films. His first commercial success was with Paths of Glory (1957). In 1960, he was requested by Kirk Douglas to direct Spartacus. This was his biggest undertaking to date, and it made him the youngest director in Hollywood. Stanley Kubrick and Douglas were at odds several times during the filming, but despite the unrest behind the cameras, the movie was both a commercial and critical success, bringing in $14.6 million at the box office for its first run.

Stanley Kubrick was nominated for six Academy Awards for the movie and won four of them. He had arrived as a serious director. Stanley Kubrick and Harris decided their next movie would be filmed in England. It was called Lolita and released in 1962. It was the first time Kubrick worked with Peter Sellers, but they would work together until 1964.

Stanley Kubrick spent five years on his next movie, 2001: A Space Odyssey. The movie was released in 1968 and would become a landmark film. Although not immediately successful, it gained in popularity over the years, and by the end of 1972, had earned 31 million dollars. It is now considered one of the best and most influential movies of all time. His next movie, A Clockwork Orange (1971) also became a cult hit and was very controversial at the time of its release.

Stanley Kubrick released several more movies, and then in 1980, he released The Shining, a horror movie. The movie met with mixed reviews, but now, over three decades later, the movie is considered a horror classic. His final movie was Eyes Wide Shut (1999) which starred Tom Cruise and Nicole Kidman.

Stanley Kubrick spoke to Steven Spielberg in 1995 about a project he had been working on. The two had long conversations about a possible movie, and after Kubrick’s death, Spielberg filmed A.I. Artificial Intelligence which was released in 2001. There was a dedication “For Stanley Kubrick” at the end of the movie. During his career, Kubrick either wrote, produced or directed and in some cases all three, 13 movies and three documentaries.

Stanley Kubrick was nominated for many awards, and he won an Academy Award in 1968 for 2001: A Space Odyssey. He also won a Golden Globe for Spartacus in 1960.

In May 1948, Stanley Kubrick married Toba Metz. They had been high school sweethearts. The marriage only lasted three years and ended in divorce in 1951.

Stanley Kubrick's second marriage was to Ruth Sobotka. They met in 1952 and married in 1955. Sobotka was a dancer and theatrical designer. The couple divorced in 1957.

In 1957 Stanley Kubrick met Christiane Harlan, an actress. The couple married in 1958. They had two daughters, Anya and Vivian, and Kubrick also had a step-daughter. Kubrick and Harlan were married over 40 years and were still together at the time of his death.

Stanley Kubrick of the leading directors in Hollywood today, including Steven Spielberg, George Lucas, and Martin Scorsese, all acknowledge Kubrick as an inspiration.

There have been several exhibitions of his material, and a documentary called Stanley Kubrick: A Life in Pictures was released in 2001. It was produced and directed by his brother-in-law.