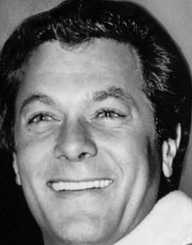 Stanley Kramer was born on the 29 September 1913 the Bronx, New York. His parents divorced when he was young, and his mother raised him. His mother was an employee of Paramount Pictures in New York City.

Stanley Kramer was a pupil at DeWitt Clinton High School in New York before doing a degree in business studies at New York University, graduating in 1933.

His first job was working for 20th Century Fox as an assistant writer in Los Angeles, later moving to MGM Stanley Kramer worked as a senior apprentice editor. Stanley Kramer was a production assistant on So Ends Our Night (1941) which was about people fleeing Nazi Germany in the late 1930s.

During l World War II when Stanley Kramer was drafted into US Army Signal Corps, he found himself working with other Hollywood filmmakers making training films.

Stanley Kramer formed Screenplays Inc in 1947, an independent production company. The first film production was a comedy directed by Richard Fleischer, So This Is New York (1948). The film was an adaptation of The Big Town, a novel by Ring Lardner. Champion (1949), the company’s second film, starred Kirk Douglas and was a success, winning an Academy Award for Best Editing. Directed by Mark Robson and written by Carl Foreman, the film, which was about corruption in the boxing industry, was a success.

By the end of the decade, Stanley Kramer was beginning to make a name for himself as an independent filmmaker capable of breaking the stranglehold of the big movie studios. His third film Home of the Brave (1949) was another success. The Men (1950) was Marlon Brando’s film debut. Arthur Miller’s play Death of a Salesman (1951), an adaption of the Arthur Miller play was well received and High Noon (1952) won seven Oscar nominations. The Wild One (1953) made Marlon Brando a star.

In 1955 Stanley Kramer turned to directing his productions: Not As A Stranger (1955) starred Robert Mitchum. The Pride And The Passion (1957) starred Sophia Loren, Cary Grant, and Frank Sinatra. The Defiant Ones (1958) dealt with racial prejudice and starred Sidney Poitier as a convict on the run from authorities. On The Beach (1959) was about the prospect of nuclear war. Inherit the World (1960) concerned a US schoolteacher who was arrested in the 1920s for teaching the theory of evolution. Judgment At Nuremberg (1961) was about the trial of German officials accused of crimes against humanity during World War II. The comedy A Mad, Mad, Mad, Mad World (1963) was a box office hit. In Ships of Fools (1965) a film adaptation of Katherine Anne Porter’s novel saw Vivien Leigh in her last film. Guess Who’s Coming to Dinner (1967) was Spencer Tracy's final role.

By the late 1970s Kramer’s time as a successful producer-director was coming to an end and after the box office failure of After The Runner Stumbles starring Kathleen Quinlan and Dick Van Dyke (1979) and he left Hollywood.

Stanley Kramer made many memorable films and received dozens of nominations and awards. Some of the awards he won include the BAFTA in 1960 for On The Beach (1959) and again 1969 for Guess Who’s Coming to Dinner (1967). His films were nominated for almost eighty Academy Awards and won sixteen.

He was awarded a star on the Hollywood Walk of Fame on the 28 March 1960. In 2016 he was inducted into the Online Film & Television Association’s OFTA Hall of Fame.

The Producers Guild of America announced the annual Stanley Kramer Award in 2002.

Stanley Kramer was married briefly to Marilyn Erskine in 1945 before the marriage as annulled the same year. He then married Anne Peace in 1950, and they were together until their divorce in 1963. His third wife was Karen Sharpe whom he married in 1966. They remained married until his death in 2001. He had two children with Anne Peace and two with Karen Sharpe.