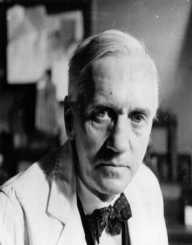 Sir James W. Black was born 14th June 1924, in Lanarkshire, United Kingdom. He was born in the town of Uddingston, to a family of five boys, and his father was a mining engineer. James Black was raised in Fife, attending Beath High School. His parents couldn’t afford to send him to university, so with the encouragement of his mathematics teacher, he sat the entrance exam for the University of St. Andrews in the hope of being awarded a scholarship, which he was.

Once he graduated, James Black stayed with University College in a position of Assistant Lecturer in the Physiology Department. He followed this with a position as a lecturer in Singapore at King Edward VIII College of Medicine, where he stayed for three years. Black knew by this stage that he didn’t want to become a medical practitioner, but was going to continue in the research and study side.

James Black returned to London in 1950 and then joined the University of Glasgow (Veterinary School). He established the Veterinary Physiology Department.

In 1958, James Black  took up a position with ICI Pharmaceuticals. He had developed an interest in adrenaline and its affect on the human heart, especially in people with angina. He worked with ICI until 1964, and during his tenure, developed ‘propranolol’ which was to become the best-selling drug in the world, and was a major breakthrough in the treatment of heart disease.

Not only was he working on heart disease, but James Black was also working on a drug to treat stomach ulcers. ICI wasn’t interested in his research on stomach ulcers, so Black left in 1964, and went to work for Smith, Kline and French. He was with the pharmaceutical company until 1973.

James Black had another major breakthrough, this time with a drug called ‘cimetidine’, which would outsell ‘propranolol’ as the most prescribed drug in the world. It was sold under the name, Tagamet.

James Black left Smith, Kline and French to become Head of the Department of Pharmacology at University College, London. He was appointed a professor in 1973. He created a new undergraduate course in medicinal chemistry, but wasn’t happy with the lack of funding for research.

In 1978, he accepted the position of Director of Therapeutic Research at Wellcome Research Laboratories. Unfortunately, he clashed with his superior, and resigned from the position in 1984.

His next position was as Professor of Analytical Pharmacology at Rayne Institute of King’s College, in London. He stayed there until 1992.

James Black had two major discoveries, which both had huge ramifications in medicine, and for sick people the world over. His first major breakthrough was the invention of propranolol, which was used to treat heart disease.

His second major breakthrough was the invention of synthetic cimetidine, which was for treating peptic ulcers (stomach ulcers).

Both his drugs became the best-selling drugs in the world, in their respective disciplines.

James Black had many awards and honors bestowed upon him, some of the more notable being:

James Black met Hilary Vaughan in 1944, at a university ball. The couple married in 1946, and had one daughter. Vaughan died at age 61.

Black’s second wife was Professor Rona MacKie, and they married in 1994.

James Black established the James Black Foundation in 1968, with funding from Johnson & Johnson.