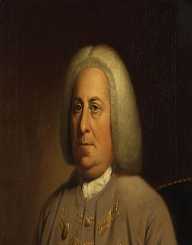 Robert Dinwiddie was born in 1692, to Robert and Elizabeth Dinwiddie. He was born on or before 2nd October, in Glasgow, in the Kingdom of Scotland. Dinwiddie had a younger brother, Lawrence, who became Lord Provost of Glasgow.

In 1707, Dinwiddie graduated from University.

Robert Dinwiddie began his career as a merchant after he finished university.

In 1727, he joined the British Colonial Service. The authorities assigned him to Bermuda, where he collected customs duties.

He then moved to the U.S. and worked as a surveyor general of customs in the ports.

Following on from that, Robert Dinwiddie then became Lieutenant Governor of Virginia.

In 1753, the French built Fort Presque Isle close to Lake Erie. When Robert Dinwiddie found out, he thought the French were beginning to threaten the interests of Virginia.

He sent a team of eight men, under the command of George Washington. They went to warn the French to withdraw. The French received and entertained Washington, but they refused to agree to the request.

Before Washington returned with the bad news, Dinwiddie sent several militia members to the Ohio River to build a fort. The French fought them off and made their fort there instead.

Robert Dinwiddie ordered the colonial soldiers to fight and defeat the French. They were led by Joshua Fry, but Fry fell from his horse and died. As a result, Washington took charge of the forces.

The war was fought for the next four years, but the Colonial forces defeated the French.

In early 1758, Dinwiddie moved to England and settled in Bristol.

Robert Dinwiddie married Rebecca Auchinleck, and the couple had two children, both daughters.

The Virginia Historical Society compiled his records and paperwork together in 1883. The papers fill a five-volume set.

He has a city named after him – Dinwiddie County in Virginia.