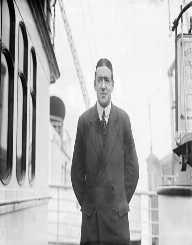 Sir Ernest Shackleton was a polar explorer born on February 15th, 1874. He is best remembered for his expeditions to the Antarctic. The first expedition began when he left with The Discovery Expedition in July 1901. He later became a journalist after returning from the expedition. His second expedition was called Nimrod expedition but this time round, a British Antarctic expedition. It began in 1908 when their ship left New Zealand.

Sir Ernest Shackleton was born on February 15th, 1874. His place of birth was in Kilkea in the County of Kildare, Republic of Ireland. He was the second child born to Henry Shackleton and his wife, Henrietta Gavan. He had nine siblings.

The family moved to Dublin in 1880 when Ernest Shackleton was only six. His father wanted to join Trinity College in that city to study medicine. They later relocated once again to Sydenham situated in suburban London. This was four years after their arrival in Dublin.

A governess provided him with his early education. When Ernest Shackleton turned eleven, he joined the Fir Lodge Preparatory School situated in Dulwich, London. Subsequently, he enrolled in Dulwich College when he was thirteen years old. He was A voracious reader during his studies. However, he later got bored with his education. He, therefore, chose to join the North Western Shipping Company. In no time, he mastered the marine life and became a certified Master Mariner by 1898.

Ernest Shackleton being certified as a Master Mariner meant he had the powers over any British ship globally. He initially joined the Union-Castle Line. During the Boer War, he shifted to the Tintagel Castle. In 1901, he became the 3rd officer of the National Antarctic Expedition ship. The ship began departed from London on July 31st, 1901. In 8th January the following year, it reached the Antarctic coast.

Ones they set foot on the Antarctic coast, he began the expedition along with Wilson and Scott. It was with great difficulties that he returned to their ship after going to Farthest South latitude of 82° 17′. In February 1903 a relief ship took him back home.

Back in England, he decided to become a journalist. He worked at the Royal Magazine, but he found this job quite boring. The Royal Scottish Geographical Society later offered him a position of secretary. He began his duties from 1904 and served till 1907.

Ernest Shackleton presented a proposal to the Royal Geographic Society in 1907. The proposal was about a British Antarctic expedition which he thought should be fulfilled. He named it Nimrod expedition. Luckily, he successfully persuaded a few of his wealth friends to fund the expedition. In January 1st, 1908, Nimrod left New Zealand. The journey was not an easy one. At first, bad weather caused a delay in their journey. They were even forced to leave behind their ship after it got stuck in ice. They wherefore to use their lifeboats and traveled through the inhospitable Elephant Island. They were all later rescued. Thankfully, his team of 28 men all survived.

Ernest Shackleton proved to be a brave man when he successfully led his team through the inhospitable Elephant Island. In 1909, the great explorer received a knighthood honor. He was also awarded the Polar Medal during his career.

In 1904, Ernest Shackleton tied the knot with Emily Mary Dorman. The couple was blessed with three children: Raymond, Edward, and Cecily.

Sir Ernest Shackleton breathed his last on January 5th, 1922 following a Coronary Thrombosis. He was 47 years old at that time. He was laid to rest in the Grytviken cemetery situated in South Georgia.