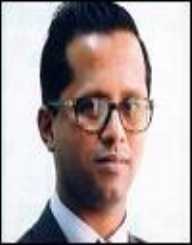 Also Known For : The Editor Of The Weekly Blitz

Salah Choudhury is a Bangladeshi journalist who is best known for his anti-jihadist writings and his pro-Zionism outlook on Israel.

Salah Choudhury was born on 12 January 1965 in Sylhet, East Pakistan (now Bangladesh). His parents were Ghulam AtherChoudhuri and Sharifa Choudhury.

Salah Choudhury started his journalistic career as a correspondent with the Soviet Union’s TASS news agency. By 1991 he had become the agency’s chief correspondent in Bangladesh. In 1996 he left TASS as the collapse of the Soviet Union led to a huge descaling in the agency and the closure of some world offices. In response to the closure of TASS in Bangladesh, Choudhury launched Bangladesh’s first private television channel, A-21. In 2001, he began writing for the Daily Inqilab. The Daily Inqilab was run by Maulana Abdul Mannan, who has been suspected of collaborating with the Pakistani Army’s genocide efforts during the Bangladeshi War of Independence, the leader of Bangladesh’s Islamist party, Jamaat e Islami. While with the Daily Inqilab he also worked as managing director of their private tv network.

In 2003 Choudhury launched The Weekly Blitz, an English language publication which was supportive of Christians and Jews in the Muslim world and was especially complimentary of Zionism. This made Choudhury deeply unpopular with many within his native Bangladesh. In November of 2003, he was arrested in Dhaka while attempting to board a flight to Tel Aviv. It is illegal in Bangladesh to travel to Israel as the countries have no diplomatic ties.

However, the charges against Choudhury were much more serious, he was charged with treason, and it was claimed he worked with Mossad. He was beaten and interrogated for days after his arrest. While in prison both of Choudhury’s parents died and petitions to allow him to attend the Bangladeshi governments rejected their funerals. He was released on bail in April 2005; the charges though were not dropped. He was attacked in 2006 at his print house and had his ankle broken, the mob then firebombed the building. He was again assaulted that year and when he reported the attack to police a warrant for his arrest was reissued.

In 2007, Choudhury released the book, Jihad & Injustice. He has written several books in both English and Bengali on the subject of jihad. He has also cooperated with Israeli publishers and has written about the rise of Al Qaeda in Bangladesh and spoken against the anti-Israeli and pro-jihad publications in Bangladesh. He was kidnapped by members of the Islamist Rapid Action Battalion kidnapped and beat Choudhury in 2008. A mob attacked the Weekly Blitz in 2009, and Choudhury suffered another beating. His writings forced the Bangladeshi government to ban several anti-Semitic publications. The House of Representatives of the United States of America called on Bangladesh to drop all charges of sedition against Choudhury.

In 2011, Salah Choudhury was expelled from the Islam-Israel Fellowship after accusations of defrauding some Jewish women were leveled at Choudhury.