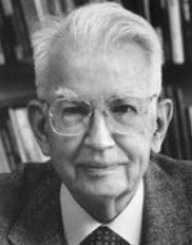 Ronald Coase was a British economist who won the Nobel Prize in Economics in 1991. He was a learned and distinguished scholar. He held the position of Clifton R Musser Professor Emeritus of Economics at the Chicago Law School, University of Chicago. He is known for his articles “The nature of the firm”(1959) and the “Problem of Social Cost “(1960).

Ronald Harry Coase was born on 29 Dec 1910 in Willesden, a suburb of London. His parents were Henry Joseph Coase and Rosalie Elizabeth Coase. His sun sign was Capricorn. His father worked as a telegraphist in the local post office. Coase loved reading and was attracted to academics. He suffered from weak legs and had to wear leg irons.

Because Ronald Coase was physically unfit as a child, he went to a special school designed for children with physical defects. He had a sharp mind which he proved when he received a scholarship. This helped him to enroll at the Kilburn Grammar School. He passed his matriculation and took Commerce.

Ronald Coase completed his B.Com and moved to the University of London. During the first year, he received a Sir Ernest Cassel travelling scholarship in the US, and he studied the organization of American industries and came up with new concepts and findings. He completed his Commerce degree in 1932.

During World War II Ronald Coase entered government service and returned to London School of Economics in 1946. In 1951 he migrated to the US and worked at the University at Buffalo, New York till 1958. After a year’s study at Centre for Behavioral Sciences, he moved to the University of Virginia. He released his next paper “The Problem of Social Cost” in 1963. This article won him a lot of fame, and he was widely cited in the economic literature.

In 1964 Ronald Coase settled in the University of Chicago where he served as the Clifton R Musser Professor Emeritus of Economics till 1981. He also edited the Journal of Law and Economics.

In this paper, Ronald Coase introduced the concept of transactional costs to explain the evolution of companies and industry. The traditional economic theory suggested that because the market is capable it is cheaper to contract out than hire. Coase, however, pointed out that some transactional costs exceed the price of the goods. Costs like search and information, bargaining, keeping trade secrets, etc. add to the transaction cost. Thus firms will arise which can internalize production of goods and services, thus avoiding these costs.

This later came to be popularly known as Coase theorem.  This provided the critical insight that it is unclear where the blame for externalities lies. Coase gave the example of a rancher whose cattle strayed into the cropland of the neighbor. If the rancher is made to restrain his cattle, he is harmed as much as the farmer is if the cattle be unrestrained.

Ronald Coase won the Nobel Prize in 1991 for his discovery and clarification of the significance of transaction costs and property rights for the institutional structure and functioning economy.

Coase was honored with a doctorate from the University of Buffalo.

In 2012 Ronald Coase released the book “How China became a Capitalist.”

Ronald Coase was research advisor to the Ronald Coase Institute. It promotes research on institutions and supports young scholars. The University of Chicago carries on the legacy of Ronald Coase through the Coase-Sandor Institute for Law and Economics.