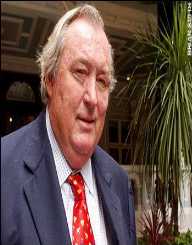 Richard Leakey is known to be a member of the famous Leakey Paleoanthropology research family of Kenya. He is known to have passionately defended wildlife as well as through independent thoughts fight for the conservation of animals. Health issues have not blocked him from pursuing his goals in the enforcing wildlife protection laws as well as pushing forward for the law. Born in Nairobi, he enjoyed the active youth filled with adventures that are known to African Backcountry. He suffered persecution from his peers when he held views about racial equality. He later developed his skills as an airplane pilot to become a photographic safari leader as well as abone identifier.

He worked for his father and did have an affinity for fossil work. Richard Leakey is known to have later worked independently and headed a multi-national team of anthropologists in Ethiopia and Kenya discovering important fossils of early humanity. He later went ahead in enforcing elephant protection laws with a great and confident strategy against ivory poachers. He founded Safina Party in Kenya and supported Liberalism, Social justice, and green politics. Currently, he is into anthropology at Stony Brook University in New York.

Richard Leakey was born in Kenya on the 19th day of December 1944. His life was shaped by the Post World War II era. He is also known to have been filled with opportunities for independent wildlife studies. However, he is not spared by the racial inequalities. In 1950, he captured a defended their kill from lions and hyenas and tried to live like primitive boys with his brothers. He, however, fractured his skull while riding a horse in 1956. It was then he pleaded with his daddy not to divorce his mother. He, however, kept his family together. He is known to have spoken out against racial inequality in 1956 and ended up being taunted and caged.

At the age of sixteen, Richard Leakey has started living independently. He quitted school to start a business by identifying bones from the money borrowed from others. He later ventured into photographic safaris. His true paleontology career began when he searched for fossils with his colleagues around the Lake Natron. His associate, KamoyaKimeu, eventually unearthed a fossil of the early man who was believed to have lived during the Pleistocene Era. It was during this period that he headed two expeditions to discover more fossils alongside with Kimeu. Upon leaving his family’s paleontology center, he formed his company naming it Kenya Museum Associates. There, he was one of the boards of directors and place native Kenyans in greater responsibility. This action of his was made purposefully to bring a more Kenyanizeorganization.

He, however, went to Ethiopia’s Omo River District in 1967 where he made several discoveries between 1972-1978. During this expedition, discoveries like Homo Erectus Skull, Homo Rudolfensis skull, and Homo Erectus cranium were discovered. Later on, he discovered the Turkana Boy near the Turkana Lake of Kenya. It was said to be the most complete early human skeleton of the Pleistocene era. The age of the body to the skeleton at that time was estimated to be eight years old.

Richard Leakey, in 1989, embraced conversation and appointed as the head of Wildlife Conservation and Management Department. At this time, Richard Leakey cried out against the injustice of poaching elephant. He thus tried everything possible to eliminate this attitude by authorizing shooting of poachers upon sight. With this law, Richard was able to reduce the number of poachers.

In 1989, twelve tons of Poached ivory were burned at the Nairobi National Park by him. However, this strict actions against the poacher made him enemies to some. After serving for about five years, he resigned from the conservation group probably as a result of the corruption allegation in the organization in 1994. Richard Leakey, however, joined politics by establishing his political party, Safina party. The Safina Party was meant to be the hub of justice, liberalism and green politics. He became the head of civil service later in 1999 before being hired by Stony Brook University, New York. He later founded Wildlife Direct and supported conservationists all over the African continent.

Richard Leakey published in 1993 Origins Reconsidered: In Search of What Makes US Human. This book assesses the prehistory of human and is based on his discoveries. He also worked on a book which fights against wildlife destruction.

Richard Leakey was elected as a fellow of the Royal Society in London in 2007before he received the Isaac Asimov Science Award in 2013. He also got the Hubbard Medal from the National Geographic Society in 1994 for distinction in exploration, discovery, and research.

Richard Leakey was married in 1965 to Magaret Cropper with whom he had a daughter, Anna. He however separated from Cropper and married Meave Epps in 1970. He had two daughters with the latter of which one works in paleoanthropology.