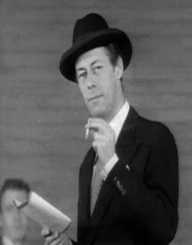 Rex Harrison was born on March 5th, 1908. His place of birth was in Huyton, Merseyside in England. Harrison earned his fame through theatrical performances and outstanding personality in the film industry. In all his performances on stage, he was highly acclaimed for playing in Anne of the Thousand Days as Henry VIII.

In the film industry, Rex Harrison is to be remembered for his unique style of acting in Cleopatra while playing the role of Julius Caesar. In addition to these, he also gained recognition after being featured in the film My Fair Lady. His role in this film earned him both an Oscar and a Golden Globe award. Harrison passed away at the age of 82.

Rex Harrison was born on March 5th, in 1908. His father, William Reginald Harrison worked as a cotton broker. His mother was called Edith Mary. While he was still young, there was an outbreak of measles which affected him. It made him partially blind in his left eye. As a result of this, it somehow changed his on-stage performance. He made his onstage debut in 1924 while in Liverpool. However, at some point, he had to stop his acting career after World War II broke out. He had to serve his country, and he rose through military ranks to become a flight lieutenant.

Years later, Rex Harrison made his first movie appearance in 1930. This movie was called The Great Game- 1930. After featuring in this film, several others followed with the likes of The Citadel-1938, Night Train to Munich-1940, Major Barbara- 1941, Blithe Spirit- 1945 and several others. In all these appearances in the movie industry, his career turning point came in 1964. This time he played the lead role in the film My Fair Lady. This was a musical film that was based on one of Broadway’s productions. The movie gave Harrison nationwide recognition and also bestowed him with an Oscar award.

Three years later, he landed another lead role in Doctor Dolittle-1967. This was also another musical film which later on was nominated for best picture award. It won awards for Best Visual Effects and Best Original Song.

Rex Harrison got married six times during his lifetime. His first wife was called Colette Thomas. The two divorced in 1942 before he went on to marry his second partner Lilli Palmer, an actress. In 1947, Harrison was engaged in a suicide scandal with a woman he was having an affair with. She was called Carole Landis. She committed suicide, and it was later said that she had spent the evening with Harrison. This scandal soiled his acting career, and it contributed to the termination of his acting contract with Fox.

Soon after the scandal was over, Rex Harrison got married in 1957 to Kay Kendall who died two years later of myeloid leukemia. He married yet another actress in 1962 called Rachel Roberts. Roberts committed suicide after Harrison divorced her. Elizabeth Rees-Williams was his next catch, and the pair also divorced in 1975. His sixth wife was Mercia Tinker.

Rex Harrison died on June 2nd, 1990. He had had pancreatic cancer which led to his death at the age of 82 years.