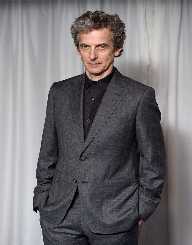 Peter Capaldi was born on April 14th, in 1958. He is famed for being a Scottish actor and a director. Additionally, he is also hailed for his writing skills. In the film industry, his most notable role was in the film dubbed Doctor Who. Throughout his film career, he has been nominated for four times in the British Academy Television Award. In 2010, he bagged home the Best Male Comedy Performance. He was honored with this award for the role he played in In the Loop. Other film critics also gave him a chance as one of the nominees for best actor award during that year.

Peter Capaldi was born on April 14th, 1958. His place of birth was in Glasgow, Scotland. He is the son of Gerald John Capaldi and his wife, Nancy. To earn a living, his parents managed an ice cream business.

Capaldi went for his early education at St Teresa's Primary School situated in Possilpark. Other schools that he also attended include St Matthew's Primary School in Bishopbriggs, St Ninian's High School, Kirkintilloch and later on enrolled with Glasgow School of Art.

Aside from being an actor both in the film and TV, Capaldi has also earned himself high acclaim for his directing prowess and as a writer/producer. In 1995, he was bestowed with an Oscar award. This was for his film Franz Kafka's It's a Wonderful Life. Previously, he had also been awarded the BAFTA Award for Best Short Film. His other directing works were in Getting On – 2009, a BBC Four show. Recently, in 2013, he directed a film called Born to be King.

In 1991, Peter Capaldi wedded Elaine Collins. His wife is also an actress. The pair have one daughter in their marriage relationship.