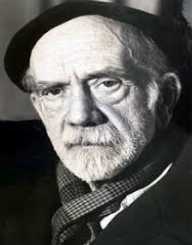 Pío Baroja was a Spanish physician who gained fame as a novelist during his time and was also a member of the Generation of ’98.

Born on December 28, 1872, as Pío Baroja y Nessi in San Sebastián located in the province of Gipuzkoa in Spain, he was the son of opera librettist Serafin Baroja, who was also a novelist. He has a brother named Ricardo who was not only a writer but a painter and engraver as well.

Despite developing a passion for writing at a young age, he decided to pursue a degree in medicine and enrolled at the Complutense University in Valencia. After attaining the degree, he practiced the profession for a short while before returning to the family and managing the family’s bakeshop.

Baroja also ran for a seat at the Spanish Parliament or the Cortes Generales but to no avail. He ran for the position twice but was unable to secure a seat in the local government.

Baroja’s writing style is usually in a negative tone but has a charming quality to it. Thanks to his writing, he was able to depict Basque most narratively and descriptively that brought the region to life. His writing is also considered to be grammatical incorrect most times, but he never denied such accusations and kept writing in his vivid yet abrupt style.

Eventually, Pio Baroja returned to writing and produced his first work in 1900 which was a collection of short stories entitled Vidas sombrías or Sombre Lives. It was followed up by the novel La Casa de Aizgorri or The House of Aizgorri which was published in the same year. This novel turned out to be the first installment of the trilogy which came to be known as La Tierra Vasca or The Basque Country.

Pío Baroja gained international acclaim on his 1922 publication of the trilogy entitled La Lucha por La Vida or The Struggle for Life which depicts in great detail the way of life in living in the slums of Madrid. The American novelist John Dos Passos praised his writing and even wrote about it.

Baroja’s nonconformist attitude and rebellion towards what’s happening in Spain is usually the topic of most of his works. The prime example of the insurgent topic is the publication of Memoria de un Hombre de Acción or Memoirs of a Man of Action which he started writing in 1913 and completed in 1928. The series consists of 14 novels that depict the revolution happening at the time that is narrated into 8 volumes.

Pío Baroja wrote several novels and short narratives in his life but his greatest work is El árbor de la Ciencia or The Tree of Knowledge which is considered by many as an autobiography. The overall theme of his work depicts a pessimistic attitude and tells the story of the main character Andres Hurtado. Hurtado’s life experience is narrated in the book and the more he learns about life, the more he is convinced that everything is meaningless. His life as a university student while pursuing medicine was said to be the basis of the book.

In October 1956, Pío Baroja received a visit from famed American novelist Ernest Hemingway who has expressed his admiration for Baroja. Hemingway also stated that Baroja’s writing greatly inspired him of his own. Shortly after, Pío Baroja passed away on 30 October 1956  of the same year and his remains were interred at the Civil Cemetery of Madrid in Spain.