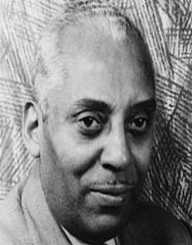 Noble Lee Sissle was an African-American vocalist, lyricist, bandleader, and playwright. Born on July 10, 1889, he's known for the 1921 Broadway musical comedy“Shuffle Along” and the hit song, “I’m Just Wild About Harry” which he created alongside pianist and composer Eubie Blake. The production became a huge boost to the early 20th century Harlem Renaissance.

Noble Lee Sissle was born on July 10, 1889, in Indianapolis, Indiana to Rev George A. Sissle and Martha Angeline Sissle. His father was the pastor of Indianapolis Simpson M.E. Chapel and his mother a schoolteacher and prohibition officer in juvenile courts.

Young Sissle was attracted to music as a child and sang soprano in his father’s church choir. While in high school, he sang tenor in the school’s glee club. Graduating from high school, Sissle joined the Edward Thomas Male Quartet and also joined the Hann’s Jubilee Singers.

In 1915, Noble Sissle met pianist and composer Eubie Blake who became his songwriting partner for the next six decades. The two were at the time been hired for engagement with Joe Porter’s Serenaders at Riverview amusement park in Baltimore. After that engagement, they decided to work together.

They followed it with the release of their debut song “It’s All Your Fault.” Sissle and Blake joined James Reese Europe’s high society dance orchestras in 1916. The pair also performed at weddings, parties, and soirees for Europe’s exclusive clients.

When the World War I broke, Noble Sissle and Europe joined the army and organized a regimental band in the 39th Infantry Division (“Harlem Hellfighters”). After the World War, the group became a civilian band. Sissle, Blake, and Europe continue working together, even though Blake did not enlist in the military. In 1917, Sissle started recording for the Pathe label.

After the death of Europe, Noble Sissle and Blake continued to work together venturing into vaudeville with the name Dixie Duo. The duo toured extensively during which they met Flournoy Miller and Aubrey Lyles, a veteran comedy and dance duo. They joined their acts to become “The Mayor of Dixie” (later “The Mayor of Jimtown”).

This collaboration gave birth to the popular musical comedy Shuffle Along with songs from Sissle and Blake. It churned the hit song “I’m Just Wild About Harry.”The show, which opened in New York City at the 63rd Street Music Hall (later Daly’s 63rd Street Theatre) ran for 500 performances. Sissle and Blake produced The Chocolate Dandies, 1924, but could not reach the height of Shuffle Along. They later came out with Shuffle Along of 1993, during the Great Depression and Shuffle Along 1952.

In 1937, Noble Lee Sissle helped to found the Negro Actors Guild of America, becoming the first president. He became an honorary mayor of Harlem in 1950.

Noble Sissle joined Blake on the album The Eighty-Six Years of Eubie Blake in 1969. The two continued to appear together. He worked with and became the inspirer of musicians including Sidney Bechet, Tommy Ladnier, and Buster Bailey. Noble Lee Sissle died on December 17, 1975, in Tampa, Florida.