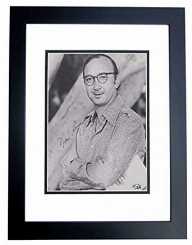 Born on July 4, 1927, Neil Simon is a playwright, author, and screenwriter from America. Neil Simon has done several works when it comes to plays and movie screenplays. The award-winning writer is known for his works like Sid Caesar’s Your Show of Shows, Come Blow Your Horn and Barefoot in the Park. Neil Simon has also collaborated with some writers like Selma Diamond, Mel Brooks and Carl Reiner in some of his works.

Neil Simon was win awards like an Emmy, Tony, and Oscar for his good works in plays and screenplays. According to Simon, Neil Simon went into writing escape the troubling and fights from his parents. This also served as an inspiration for most of his writing since most of his plays were centered on his childhood life experience. Throughout his career, Simon wrote mostly on fear of ageing, marital conflicts, siblings rivalry and infidelity in a humorous way.

Neil Simon was born on July 4, 1927, to parents Irving Simon and Mamie Simon in The Bronz, New York. His parents who were both Jewish worked as garment salesman and homeworker respectively. Growing up during the time of Great Depression, his parent's poor relationship had a negative impact on him. They were mostly engaged in hot arguments and fights due to poverty and hardship at that time. This made him spent some of his childhood age with other relatives.

Neil Simon grew in Washinton Heights, Manhattan and graduated from Dewitt Clinton Senior High. His colleagues gave him the nickname Doc because of his shy nature. To avoid his nagging parents, Neil Simon thought of being independent at a very young age. This also informed his decision to become a writer o at least get himself busy and earn something.

Neil Simon became a usual patron at the theatres to watch comedy and also have a peace of mind, but according to him, Neil Simon was sometimes made to leave because he laughed too loud. At age fifteen Simon and his brother, Danny Simon started writing comedy and doing comedy sketches with a fee.  Neil Simon made sure he read widely to improve his writing skills. After his high school education, Simon joined the Army Air Force Reserve at New York University and subsequently became a corporal at Colorado. During this time, Neil Simon also acted as a sports editor. Neil Simon attended the University of Denver, 1945-1946 when he was transferred to the Lowry Air Force Base in 1945.

Neil Simon first official job was at the Warner Brothers offices where he worked as a mailroom clerk in Manhattan. In 1966, he quitted the job after two years time to write radio and television scripts with his brother. Some of their work at the time was the radio series, The Rober Q. Lewis. They were later engaged by Max Liebman to write the comedy series Your Show of Shows. Their work was nominated for an Emmy Award. Neil Simon continued his humorous writings and produced the script The Phil Silver Show which was broadcasted in 1958 and 1959. He has also written Catch a Star!, 1955, which was his debut Broadway show writing. Neil Simon incorporated in his writings some of his life experiences of which Laughter on the 23rd Floor, 1993 is a typical example. Simon ventured into playwright in 1961 with a  Come Blow Your Horn being his debut on Broadway play.

The play which was performed 678 times took three years to be completed due to other commitments and rewriting. He followed up with Barefoot in the Park, 1963 and then The Old Couple, 1965 which won him a Tony Award. Simons skills were perfected with each work and became a household name in playwright. Some of his other works include God’s Favourite, Broadway Bound, Laughter on the 23rd Floor, The Good Doctor; I Ought to Be in Picture and much more. He also incorporated others writings into his play. As his career expanded, Neil Simon explored other opportunities. Simon went into screenplays and did several works there. Whiles, he adapted some of his playwrights into screenplays Neil Simon also did some original works there. Simons notable screenplays include The Out-of-Towers, Murder by Death and The Goodbye Girl.

Most of Simon's play tried to bring to light and solve some of the critical concerns of the silent majority. It delves into how to solve some human problems and deal with serious universal topics but in a laughable way.

No work comes without critics, and this can be either positive or negative. Whiles other complemented him for the humorous nature of his work; others were much concerned about the style. According to them though Simon was successful commercially, his dramatic structure was weak.

Neil Simon, however, proved some of the critics wrong with the drama Lost in Yonker. The drama which won a Pulitzer Prize was acclaimed as one of his best serious work. He was praised by the likes of George Bernard Shaw, Lawrence Grobel, and Robert Johnson. Many others who formerly underrated Simon’s works began to appreciate him and gave him the attention he deserves.

Neil Simon has received honors and recognition for his good works. He has three honoriscausa degrees from Universities like Hofstra University, Marquette and Williams College. He was named after a theatre in New York in 1983, inducted into the American Theatre Hall of Fame, 1983 and an honorary member of the Walnut Street Theatre’s board of trustees.

Neil Simon has won several awards in his writing career. He has won Emmy Awards for Your Show of Shows, 1957 and The Phil Silvers Show, 1959. Three Tony Award including Best Author with The Odd Couple, 1965 and Best Play for Lost in Yonkers, 1991. Others include Writers Guild of American Awards, Cue Entertainment of the Year Award, Golden Globe Award and American Comedy Awards among others.