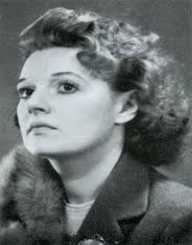 Dame Muriel Sarah Spark was born on February 1, 1918. She was a Scottish novelist and short story writer. Muriel was also an essayist and poet. She died on April 13, 2006, at the age of eighty-eight.

Dame Muriel Sarah Spark was born on February 1, 1918, in Edinburgh in Scotland. She was born to Bernard Camberg who was an engineer and Sarah Elizabeth Maud.

Muriel Spark attended James Gillespie’s School for Girls from 1923 until 1935. In 1935, she joined Heriot-Watt College where she studied commercial correspondence and précis writing. Later on, Muriel taught English for a duration of time before she became a secretary at a Department Store.

On September 3, 1937, Muriel Spark got married to Sidney Oswald Spark and moved with him to Southern Rhodesia currently known as Zimbabwe. The following year, their son Samuel Robin was born. In 1940, she left and her husband and son since her husband was manic depressive and would get violent at times. In 1994, Muriel moved back to Britain where she lived at Helena Club, London.

During the Second World War, she worked in the Intelligence unit. She, however, supported her son by sending him money. Later on, her son was raised by her husband’s maternal grandparents in Scotland.

Sometime in her life, Muriel Spark moved to New York and later Rome. In Rome, she met Penelope Jardine who was an artist and sculptor. In 2005, she became an honorary citizen of Tuscany.

Muriel Spark started writing after the end of the Second World War under her married name. In 1947, she was appointed as the editor of the ‘Poetry Review.’ In 1953, she was baptized in the Church of England, but later she joined the Roman Catholic Church.

Some of the novels she wrote include ‘The Ballad of Peckham Rye’, ‘The Public Image’, ‘Not To Disturb’, ‘The Takeover’, ‘Loitering with Intent’, ‘The Abbess of Crewe’, ‘A Far Cry from Kensington’, ‘Aiding and Abetting’, ‘The Finishing School’, ‘Child of Light’, ‘Robinson’ and ‘Memento Mori’ among others.

Muriel Spark also had other works other than novels such as ‘The Bronte Letters,’ ‘Voices at Play,’ ‘Doctors of Philosophy,’ ‘Collected Poems’ and ‘The Very Fine Clock’ among so many other works.

In 1965, Muriel Spark received the James Tait Black Memorial Prize for her novel ‘The Mandelbaum Gate.’  Two years later, she became an Officer of the Order of the British Empire.

In 1992, she was awarded the United States Ingersoll Foundation TS Elliot Award. The following year, Muriel became Dame Commander of the Order of the British Empire for her literature. In 1997, she received the David Cohen Prize. In all her life she held eight honorary doctorates.

Muriel Spark died on April 13, 2i006 in Florence in Tuscany, Italy at the age of eighty-eight. She is buried in the cemetery of Sant’Andrea Apostolo, Oliveto. Muriel left her entire estate to Penelope Jardine since she was not in good terms with her son.