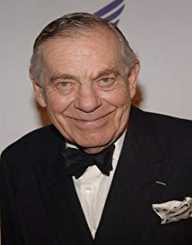 Morley Safer was a Canadian American correspondent, reporter, and broadcaster. His long tenure at the CBS News made him the widely viewed broadcaster in America.

Morley Safer was born on November 8, 1931, in Toronto, Canada. He was the son of Max Safer and Anna Cohn. His family was Jewish from Austria. Safer had two siblings, Leon and Esther. He went to Harbord Collegiate Institute located in Toronto. After graduating from Harbord, Safer joined the University of Western Ontario. His stay there was brief. In 1950, he dropped out of university to be a street reporter. Safer was just 19 years.

The following year Morley Safer started working for newspapers in Ontario. He first started at Sentinel-Review Woodstock. He also worked for London Free Press and Toronto Telegram. In 1955, Safer went to England. He worked for Reuters and Oxford Mail.

His major move came in 1956. He joined the Canadian Broadcasting Company. At CBC, he established CBC News Magazine. The magazine was a weekly feature. Safer made his debut screen appearance in November 1956. He was assigned to cover the Suez war crisis in Egypt. Safer was then appointed in the London office. He went to cover numerous stories in Europe, Africa, and Asia.

Morley Safer covered the Algerian independence revolution against the French in the late 1950s. He also covered the rise of communism in Western Europe. When the Berlin wall was constructed, Safer was the only western journalist to cover the story in 1961. He also covered other groundbreaking stories. Safer reported Soviet invasion of Czechoslovakia in Europe. In Africa, he covered the Biafra separatist war in Nigeria.

He joined the American media house CBS News in 1964. Safer was based in London. The following year, he was sent to cover the Vietnam War. As the head of the CBS office in Saigon, he had a rare insight into the war. In one report, Safer covered the American marines in the village of Cam Ne. Cam Ne was perceived as a strong base of the Vietnam dissidents. The footage showed the marines torching down houses.

The indiscriminate killing of civilians infuriated the world. For a while, the Americans had supported the Vietnam mission. His report changed all that. The American public support for the war died. Then US President Lyndon Johnson made efforts for Safer to be censored for his damaging report. CBS News president stood by Safer.

In 1967, Morley Safer went to cover in China. He disguised himself as a Canadian tourist to gain entry in China. Safer was the first American journalist to broadcast from within communist China. The report titled Morley Safer’s Red China Diary was a milestone for him. He was appointed the London CBS News chief.

Safer traveled to America. He replaced Harry Reasoner at CBS News magazine called 60 Minutes. Following in his daring reporting, Safer brought up emotive topics at 60 minutes. This change glued the American audience to the television screens. He featured taboo topics like the Vietnam war. In one discussion, Safer brought in then US First Lady Betty Ford. The topics of discussion ranged from drug abuse, crime in the youth, to teenage sex. The candid exploration of taboo topics by Safer and Betty Ford made 60 Minutes famous.

In 1983, Morley Safer made another investigative report. The findings helped a convicted person gain his freedom. Lenell Geter was an African American aerospace engineer. He had been sentenced for armed robbery and sentenced to life imprisonment. Safer’s investigative report proved otherwise. It exposed the poor police investigative work. The story also brought in racial prejudices by the police in the case. Other witnesses were called in, and Geter was released.

Morley Safer got married in London in 1968. His wife was called Jane Fearer. The couple had a daughter named Sarah Safer. Following in her father’s steps, Sarah is a freelance journalist.

Morley Safer died from pneumonia in May 2016. In his 61 years in journalism, Safer got feted numerous times. Apart from being a 12 time Emmy Awards winner, safer also won several other journalism awards in America and France. His hard-hitting journalistic reporting was loved in America. Safer made the controversial issues debatable on the screen. This was evident by the overwhelming condolences by journalists from all over the world.