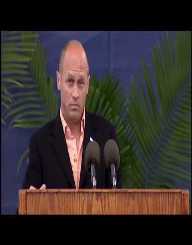 Michael Craig Judge Was born in Guayaquil, Ecuador on October 17, 1962. His parents, Jim, archaeologist, and Margaret, librarian moved the family to Albuquerque, New Mexico when he was little, and this is where he grew up. Mike was the middle child of 3 children.

Mike Judge began making short animation cartoons in 1989 that he sent to several channels. Then in 1991, he got the opportunity to visit the Dallas Animation Festival. It was after this event his short film Office Space was picked up by central comedy channel.

A year later a short film of his called Frog Baseball featured two characters by the name of Beavis and Butt-head. This film leads to the Beavis and Butt-head TV show. Eventually, MTV began airing the show in 1993. The series ran four years and then it ran again in 2011.

In 1996, Mike Judge created an all-new movie for Beavis and Butt-head titled: Beavis and Butt-head Do America. Mike was at it again in 1997. He created the adult animated sitcom King of the Hill. The Fox Broadcasting company aired the show. It was on for 13 seasons and aired 259 episodes.

Between the years of 2001 to 2003, Mike Judge acted in the Spy Kids movies as Donnagon Giggles. There was three movies total during this time. After these films in 2003, Mike and Animation artist Don Hertzfeld conducted a nationwide tour running an animation festival called The Animation Show. They did this tour three times in 2005, 2007 and then again in 2008.

Mike teamed up with the King of the hill executive producers John Altschuler and David Krinsky to create Silicon Valley. This is an HBO comedy, and it’s a single- camera live action sitcom set in northern California.

Mike Judge married Francesca Morocco in 1989, and they have had three children over the years together. Charles, Julia, and Lilly are their children, one boy, and two girls. Because of his career, he has amassed a net worth of 900 million dollars. This gives him the opportunity to give his family a wonderful life.